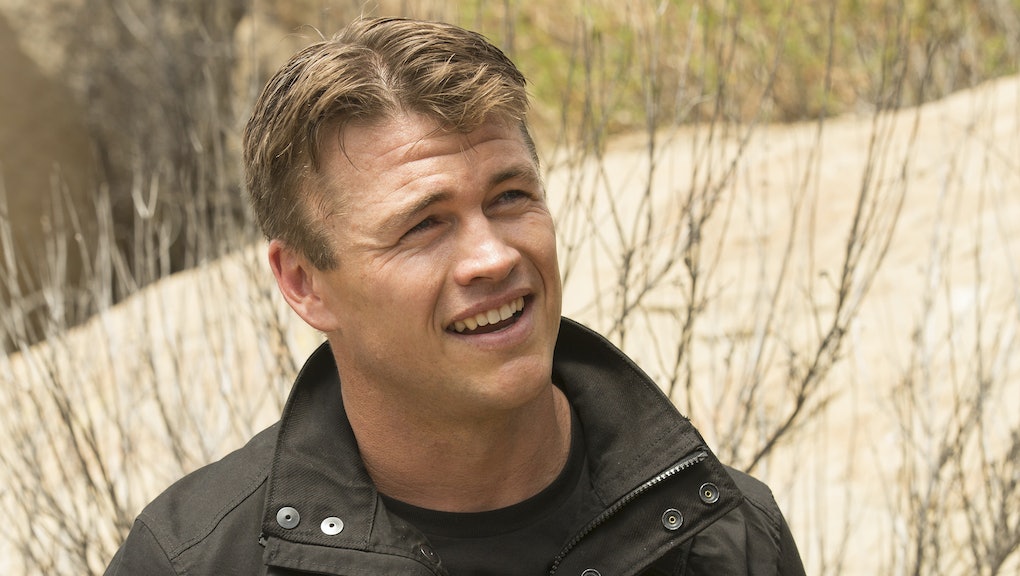 With a show like Westworld, where the conceit is that humans have created near-human artificially intelligent beings that are slowly gaining sentience, it would've been a wasted opportunity for the HBO series to not keep a Host hidden amongst the human characters. Reddit certainly believed it, and by the first season's seventh episode we got official confirmation: Mopey but lovable programmer Bernard was unknowingly a Host.

While some fans had predicted Bernard's identity prior to the reveal, it does raise an intriguing prospect. Are there other Hosts within the show, waiting to be unveiled — perhaps during the season one finale on Sunday?

It feels like we're running out of options, what with Theresa being murdered, Elsie missing and Lee drunkenly pissing on expensive holograms. But if there were still a hidden Host remaining amongst the characters, the best bet might be Westworld's head of security, Stubbs. Some redditors have their suspicions about the character played by the lesser of the three Hemsworth brothers, Luke.

Do they have a point?

It has all but been confirmed throughout the nine episodes that the show has multiple timelines. One of the biggest pieces of evidence: a photo of William's fiancée out of Logan's pocket from episode nine is the same photo that Dolores stumbles upon in the series premiere.

But if we are looking at more than one time period, how could present-day Stubbs be alerted to Dolores leaving her narrative loop when she runs off with William in the past?

That would appear to debunk the timeline theory — which, again, is all but confirmed now, so it can't be true. It could also suggest that Stubbs has been working at the park for over 30 years. Now, unless Stubbs is on an impressive health regimen (head of security and all) that allows him to maintain his youthful exuberance, this would seem to point to him being a Host. If he was, it makes his cheeky comments about Host "backstories" with Elsie very on the nose, akin to how Theresa joked about Bernard analyzing her like a robot (lol!).

Yes, this should arouse suspicion, but it's most likely a red herring through the show's careful editing. In Dolores' trippy journey on Westworld, which ostensibly spans as many as four different timelines to wrap our heads around, she appears to be tracing her journey with William by herself in the present day. Dolores leaving her loop in the present — as Reddit user rhoffman12 explains — is what Stubbs is being alerted to, rather than her journey with William.

The other pieces of evidence that Stubbs could be a Host, including Dolores reciting "these violent delights have violent ends" to him in the first episode, don't have any traction because the series hasn't bothered to address them. Stubbs' personality hasn't changed, and he isn't gaining sentience — in fact, the reason viewers may be so curious about him is because he's one of the show's most undeveloped characters. However, that doesn't mean there's more to his character. He may have just been poorly written, or perhaps we feel this way because he is played by a Hemsworth brother.

Still, there could prove to be more to Stubbs in Westworld's season finale. He makes a brief appearance in the penultimate episode tracking Elsie's location in the park, only to be attacked by members of the Ghost Nation tribe that didn't respond to his voice commands. Could that mean Elsie is still alive, having somehow escaped a chokehold from Bernard to reprogram those Hosts and perhaps others, and if so, will she get help from Stubbs?

Stubbs may not be a Host, but at least he should have something to do in the 90-minute finale.