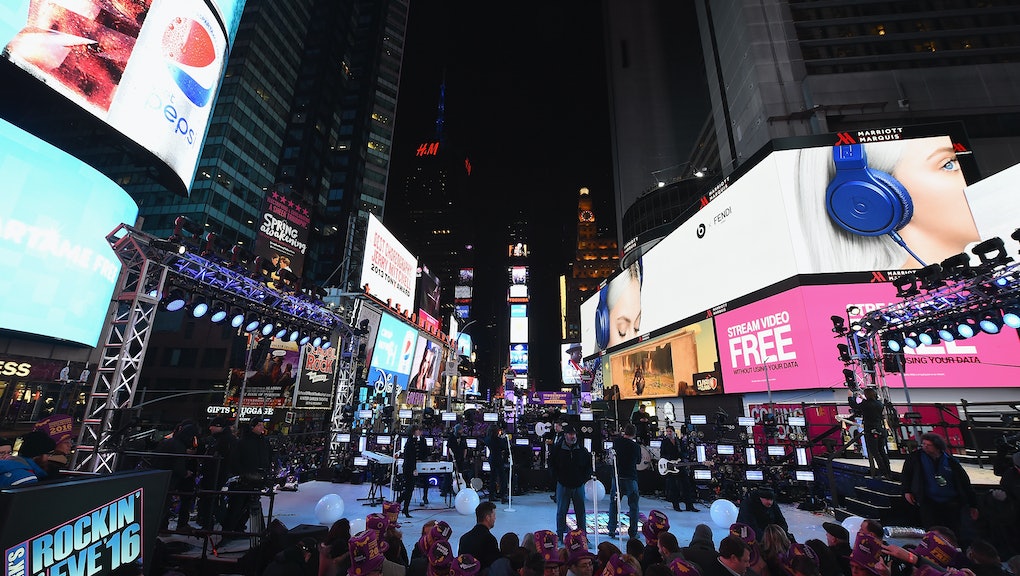 Who is performing at 'Dick Clark's New Year's Rockin' Eve'?

It's going to be a star-studded New Year's Eve this year for ABC's Dick Clark's New Year's Rockin' Eve With Ryan Seacrest. The five and a half hour telecast that starts at 8 p.m. Eastern on ABC will feature some of the hottest names in music.

The special began in 1972 and has become a beloved staple for many families to help celebrate the New Year's Eve. Dick Clarke hosted the event annually until 2004, when he suffered a stroke. He returned in 2006, where he was joined by Ryan Seacrest. Clarke died in 2012, leaving Seacrest with the hosting duty.

Ryan Seacrest will once again be live from Times Square this year with Jenny McCarthy. DNCE and Thomas Rhett will be performing during the event, as well as Gloria Estefan, who will join the cast of the hit Broadway musical On Your Feet! The final live performance will be from none other than Mariah Carey herself, who will perform a medley of her hits.

Demi Lovato has also been added to the ever-growing list of performers for the special. Lovato will be performing from her Celebrity Cruises concert in St. Maarten, making it the first international appearance for the show. Meanwhile, Lionel Richie will be the first to perform in 2017, live from his concert in Las Vegas.