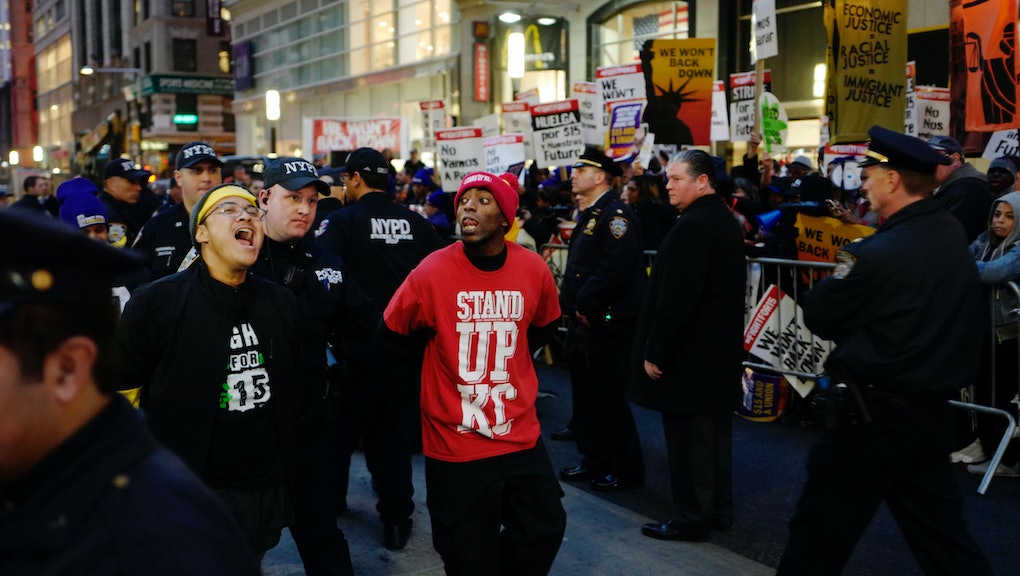 Hundreds of workers and activists took to streets across the United States to launch coordinated protests demanding a $15 minimum wage. Demonstrations were reported in a number of cities — among them, Chicago, Milwaukee, New York, Newark, Los Angeles and Las Vegas.

The protesters, organized under the Fight for $15 campaign and backed by the Service Employees International Union, staged a "day of disruption" involving fast-food workers, Uber drivers, airport employees and medical workers, Politico reported.

"When we started demanding $15 ... people thought we were crazy, but we were just demanding the basic minimum to survive," Brooklyn-based Guyanese immigrant and KFC employee Alvin Major told Reuters. "Right now I can barely pay my bills."

The protests were intended to "underscore that any efforts to block wage increases, gut workers' rights or health care, deport immigrants or support racism or racist policies will be met with unrelenting opposition by workers in the Fight for $15," organizers told NBC Los Angeles.

Some companies have responded to the surge of protests in recent years with counter-propaganda, like a Times Square billboard erected in Sept. 2015 featuring a hipster asking, "What? I get $30,000 a year with no experience or skills?" Others, like McDonald's, have revealed plans to simply cut labor forces, with the chain rolling out new, automated self-service kiosks.