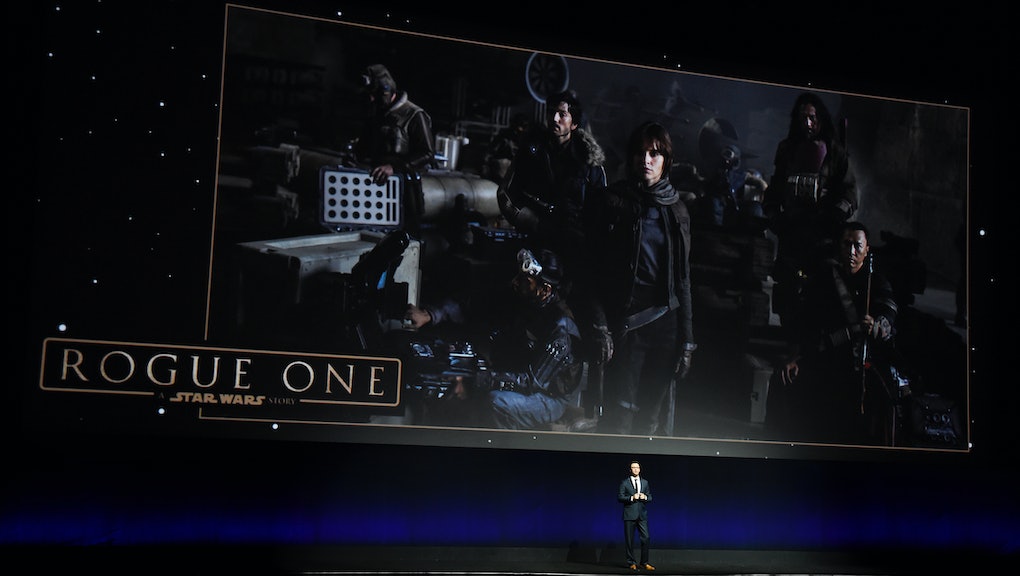 Twitter is going to stream an exclusive 'Star Wars: Rogue One' event with new footage

Twitter is teaming up with Disney to livestream an exclusive Star Wars: Rogue One event showcasing unreleased footage and a Q&A panel with the film's director and cast.

The event, hosted by People magazine from a "surprise location," takes place on Friday Dec. 2 at 1 p.m. Eastern, according to Variety. Video will be streamed from a newly created Twitter URL and will also be available in Twitter Moments, People and Star Wars' Twitter accounts, and the Twitter app on Apple TV, Amazon Fire TV and Xbox Live. A curated selection of live tweets from various publications and other relevant accounts will be visible alongside the video stream.

Variety says fans can submit questions during the event using the hashtag #AskRogueOne, which in turn will be relayed to the cast by moderator JD Heyman, People's deputy entertainment editor. Interested parties without a Twitter account will still be able to access the stream without a log in.

This isn't Twitter's first foray into broadcasting: The social network owns Periscope — a livestreaming app streamlined onto Twitter's platform — and struck a deal with the NFL to broadcast ten Thursday Night Football games throughout the 2016 season.