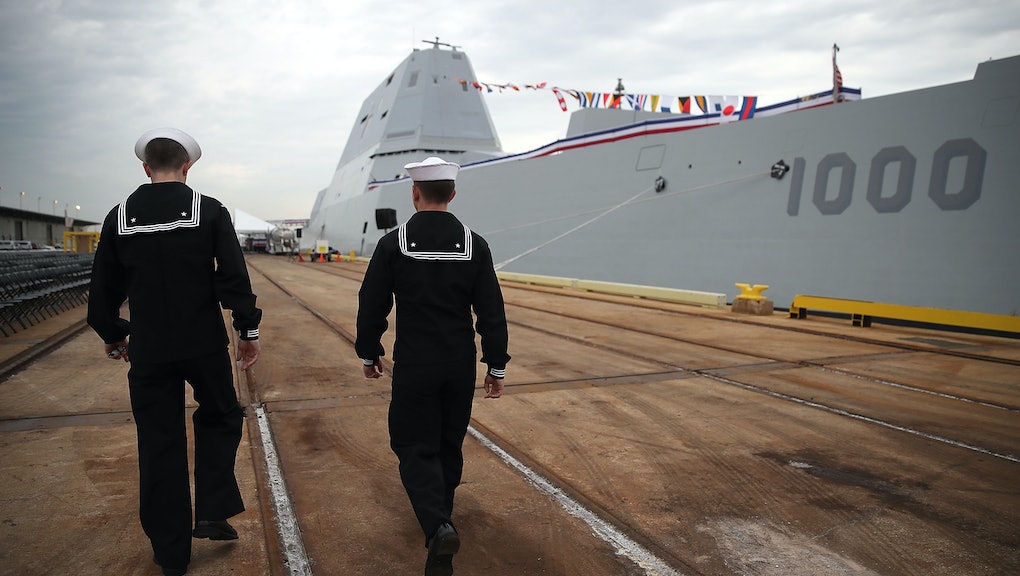 The United States Navy is testing a new app that could help prevent sexual assault to sailors on duty, acknowledging a larger problem within the armed forces that most branches of the military have thus far swept under the rug.

As Tribune News Service reported, a six-month trial period is now underway for LiveSafe, an app from a company based in Arlington, Virginia, that allows users to share and track one another's locations, for example, on a walk home; to access information on local emergency, medical, criminal investigation and legal services; and to anonymously report suspicious goings-on, ideally to stop an assault before it starts.

The pilot is available to sailors stationed in Hampton Roads, off the coast of Virginia, and Rota, Spain, according to Tribune, because of the high concentration of sailors — especially junior sailors — in the area. If it's successful there, the Navy could implement it worldwide.

According to Capt. Charles Marks, the sexual assault prevention and response officer for the U.S. Fleet Forces Command, it's a cost-effective answer to the problem of sexual violence. As he told the Tribune:

When you think about what it costs to respond to one sexual assault — you think about providing medical services, doing the investigation, doing the legal processing, providing all the victim advocacy services, the amount of time the chain of command spends in reviewing and overseeing these cases and then executing the potential disciplinary action — that one case is significantly more than the cost for the pilot.

In May, Human Rights Watch accused the U.S. military of ridding its ranks of rape survivors, discharging — and effectively punishing — them rather than rapists.

Reports show that all members of the armed forces are subject to sexual violence, especially women. According to RAINN, 4.3% of women on active duty reported experiencing unwanted sexual contact, versus 0.9% of their male counterparts, during the 2014 fiscal year. And, as Psychiatry Advisor reported, rates of sexual trauma experienced on active duty among female veterans are much higher than those among male veterans — about 32% to 5%, respectively.

Women are underrepresented in the Navy, as they are in other branches of the armed forces. According to Statistics Brain, women make up about 16% of the Navy's active duty. As NavyTimes reported, the goal is to raise that number to 25% by 2025.

In addition to preventing sexual assault, LiveSafe also aims to promote intervention in cases of potential suicide and substance abuse.