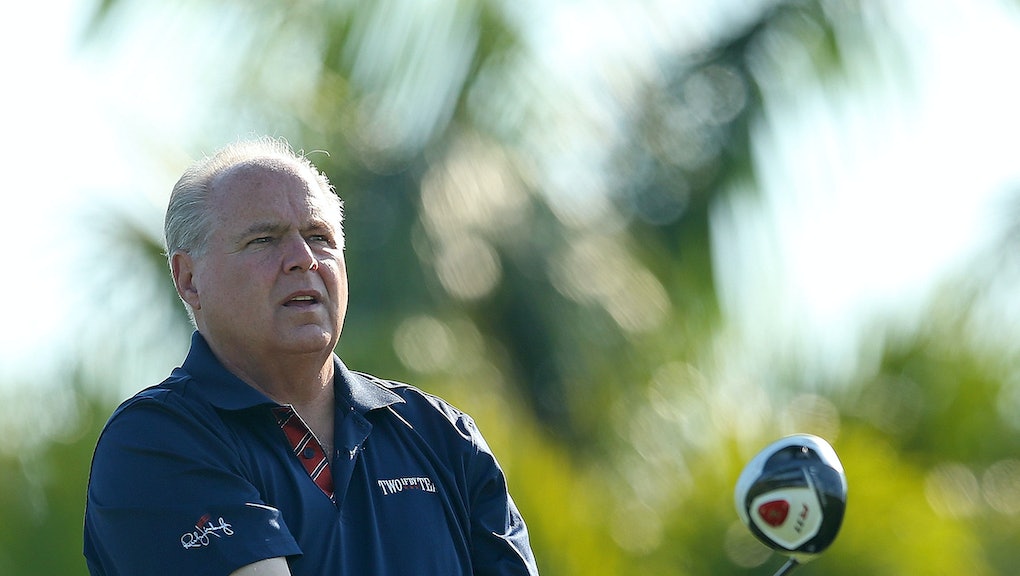 Right-wing radio host Rush Limbaugh spent part of Tuesday's edition of The Rush Limbaugh Show to drop a comment offensive even by his own low standards: that "black-style basketball" means players "empty the clip" on each other.

Progressive group Media Matters flagged a recording of the segment, in which Limbaugh mocked President Barack Obama's account of his high school basketball years with the crude racial quip.

In fact, Obama biographer David Maraniss wrote Obama did make the top varsity team at Punahou School during his senior year. The president did later refer to his "black" style of play, but in the context of referring to head coach Chris McLachlin's "white" style of coaching.

Limbaugh's quip, on the other hand, cannot be understood as anything but a goading referral to crime in the black community, a symptom of larger structural inequalities in United States society that is a favored talking point for racists.