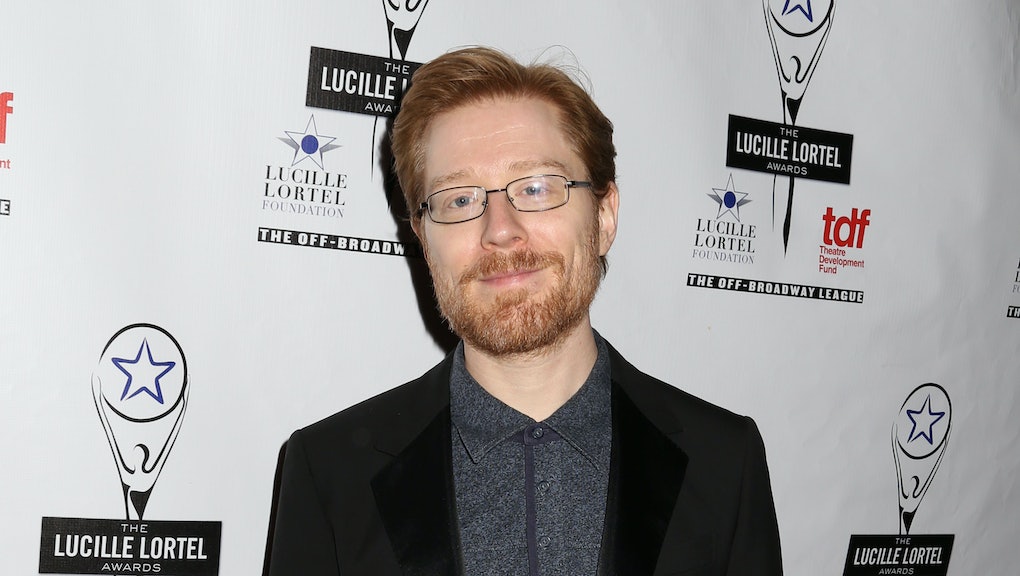 The new 'Star Trek' has an out gay lead character. Here's why that matters.

After months of hints, CBS confirmed Tuesday that its new Star Trek series, Star Trek: Discovery, will have an out gay character. Anthony Rapp, most famous as the original Mark in Broadway's Rent, has been cast as officer and astromycologist Lt. Stamets.

Rapp is himself an out gay man, which makes this casting particularly notable in an industry that still has trouble recognizing and rewarding LGBTQ actors. But Stamets being one of the new series' primary characters is important on several different levels — especially for this franchise.

The original Star Trek series has been hailed for decades as being remarkably progressive. In 1968, the show aired American TV's first-ever interracial kiss, for instance. So making one of the new series' leads an out gay man is in keeping with the show's progressive legacy.

The latest film adaptation, Star Trek: Beyond, did much the same earlier this year when it made John Cho's Mr. Sulu gay. That change in character got complicated when original Mr. Sulu, George Takei (himself an out gay man) criticized the choice on the grounds of character continuity. Despite some dilution, it was still a smart choice that felt of a piece with the franchise's inclusive spirit.

Beyond just Star Trek, Rapp's character matters, just as every bit of representation still matters. Sure, there have been plenty of gay men on TV at this point — we're far beyond where we were when Queer as Folk hit Showtime. But a Star Trek fan might not be a Glee fan, or a Modern Family fan, or a Looking fan. Maybe such a fan would love to see someone like them represented in their favorite TV franchise.

Inclusion isn't just about a few gay characters, some played by straight actors — it's about casting thoughtfully and responsibly, and making creating different kinds of roles a priority. Star Trek: Discovery's Lt. Stamets may not be as history-making as he would have been a decade ago, but he still matters.

Star Trek: Discovery will debut on CBS' streaming service, CBS All Access, in May 2017.