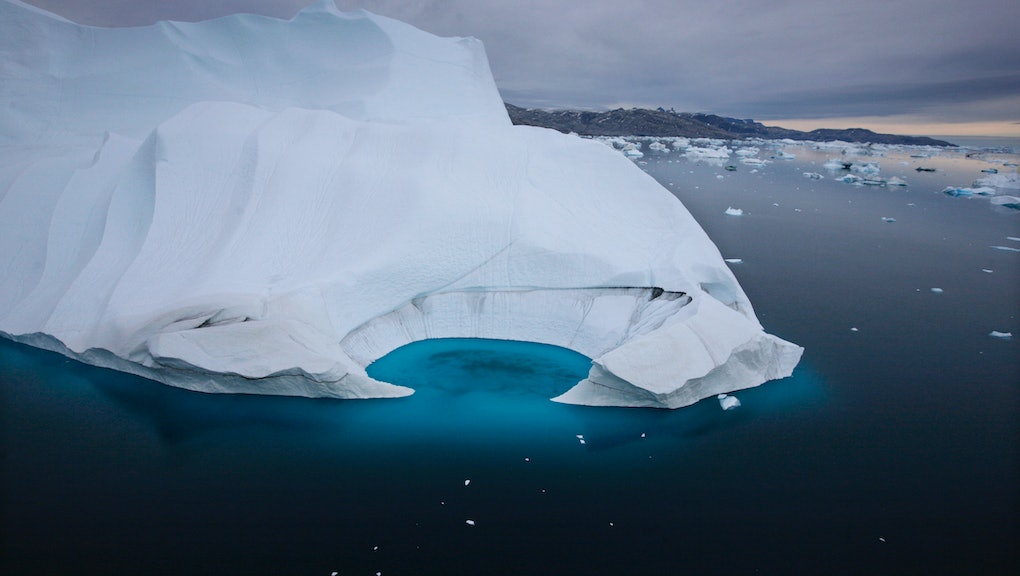 Google Earth Timelapse just got a makeover and it is showing users exactly how humans are slowly, but steadily, killing the planet. With the upgrade — additional data from the past and more high-resolution images from two new satellites were added to the interactive — the new and improved zoomable video shows how Earth's landscape has changed from 1984 to 2016 and spotlights the effects of climate change in several parts of the world over the past three decades, Popular Science reported.

For the steadfast climate change deniers and skeptics, however, it is unlikely that Google Earth's Timelapse — or visual confirmation of any kind — will alter their perspectives. In part because, despite existing scientific data and the consensus among climate change experts, there are people who still doubt the cause of the rising sea level, receding glaciers and deforestation. Consider this: a Monmouth University poll of 1,006 adults by phone, released in January 2016, found that while 70% of respondents believe the climate is changing, 27% think it is mostly caused by human activity and 34% attribute it equally to both human activity and natural changes in the environment, the Hill reported.

Anthony J. Broccoli, co-director of the Rutgers Climate Institute, said existing research shows there is a wide range of beliefs and opinions surrounding climate change — some people take it seriously, some completely dismiss it, some are doubtful and others don't think about it. (The Monmouth University poll found 41% take climate change seriously, 22% of the public does not believe in it, 8% are unsure, 19% consider it to be "somewhat" serious and 9% doesn't think it's serious.) As such, Broccoli says an interactive like the Google Earth Timelapse will impact skeptics and deniers differently based on their beliefs.

"Visual evidence can be quite influential, but I suspect that there are some people who might not change their minds regardless of what evidence is available," Broccoli said.

"There's a certain portion of the ideological spectrum that's not going to change their minds regardless of the evidence shown," Smerdon said. "At this stage in the game, there's so much overwhelming evidence out there that it's hard to imagine that anyone has doubts about the extent of the science and the degree to which the science is established."

"The more political and ideological phenomenon of climate denialism, in my opinion, is not something that is going to be swayed one way or the other by providing evidence," Smerdon said. "It's rarely an honest discussion in that regard. There's lots of other things driving the perspectives who choose to deny the science behind climate change."

Those unsure or open-minded can benefit

According to Broccoli, those who are truly unsure can benefit from time lapse videos, as it "may affect their perceptions of climate change." Smerdon said visual tools can also help the average person, or those open-minded to learning more about climate change, to better understand the global phenomenon in an "easy to comprehend" way.

"Pictures are worth a thousand words, and being able to visualize change like this makes it a compelling format because climate change is a slow-moving chronic threat," Smerdon said, noting the satellite information is also valuable as research data. "It's hard to wrap your brain around it in your day-to-day life, given how a lot of these changes take place over decades in ways that are very hard to visualize and understand. But when you see them in a time lapse format, the impact is very compelling."

"We are not as good as perceiving slow and gradual changes as we are more sudden changes," Broccoli said. He recommends checking out NASA's time-lapse footage of the Arctic melting. "Time lapse video like the ones that Google has produced are a way of compressing several decades of changes into a few seconds, making the changes easier to perceive."

It's not about changing minds — it's about keeping the conversation going

When all is said and done, visual elements like a time lapse are still a crucial part of keeping the dialogue about the environment going.

"At least in the United States, a large part of the political and ideological spectrum denies this is an issue, so fundamentally we have to continue the dialogue to make everyone understand this is a very real issue," Smerdon said. "We're not doing everything we should be to address the problem."

"Climate change is happening and will affect everyone on Earth in some way," Broccoli said. "An issue of such sweeping importance requires an active dialogue if we are to find solutions."