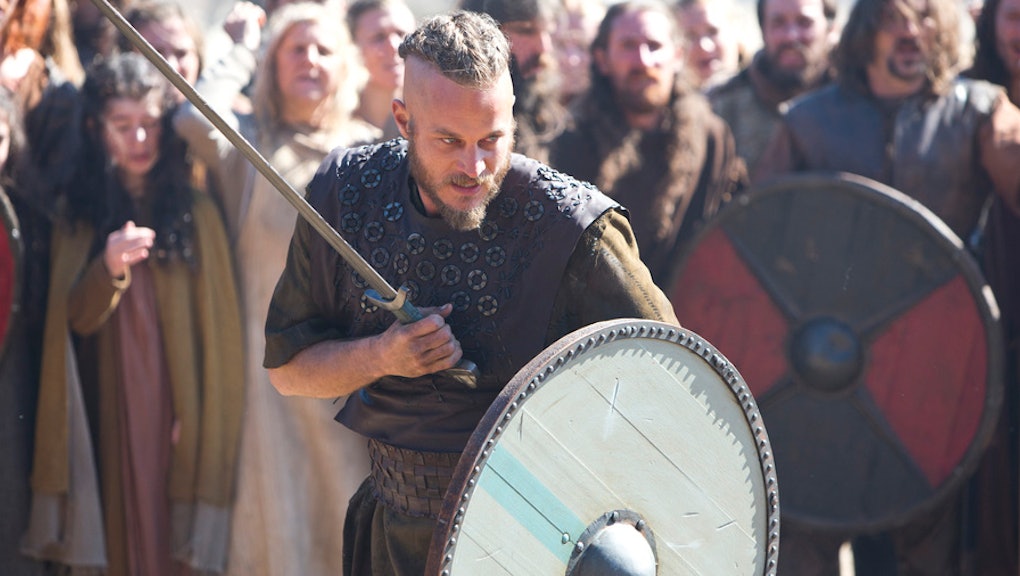 'Vikings' season 4, part 2 premiere: Where did the History Channel leave off?

History's hit historical drama, Vikings, returns Wednesday night at 9 p.m. Eastern for the back end of the series' extended fourth season. Since it has been more than seven months since Vikings aired its midseason finale, it is understandable if some viewers need a refresher on where the series left off.

The last time Vikings was on the air, Ragnar Lothbrok (played by series star Travis Fimmel) returned to Kattegat after being absent for several years. Rather than celebrate their returning king, the citizens of Kattegat, including Ragnar's own children, reject the man once seen as a hero.

Prior to his disappearance, King Ragnar led an attack on the famed city of Paris, where his Viking brethren were defeated by the Frank forces commanded by his brother, Rollo. Following the embarrassing defeat, Ragnar leaves Kattegat, with his wife and son leading in his stead.

Much like Game of Thrones, History's Vikings features the stories of several families throughout each season. While Vikings does not require viewers to follow quite as many threads as the hit HBO series, it still can get overwhelming, with episodes jumping between Norway, Paris and England.

While the main focus of the series is Ragnar Lothbrok, his children and the supporting Norseman, Vikings also significantly features the various rulers in England, particularly King Ecbert of Wessex (played by Linus Roache).

As things currently stand in England, King Ecbert has added King of Mercia to his titles. This comes after he removes Kwenthrith, the former Queen, from power. Ecbert's new title will likely set up future conflict with King Aelle of the neighboring Northumbria, as the ruler now has significantly less power than his counterpart in Wessex and Mercia.

Perhaps the most significant plot development in England, though, is the ransacking and slaughter of Ragnar's Viking settlement. While Ragnar has known of the settlement's fate for quite some time, his children only discovered this in the midseason finale, leaving viewers with the cliffhanger of a potential battle between family members.

The latter half of season four will undoubtedly address the betrayal in England, likely leading to some wonderfully epic battles, which have become routine on the series. Ragnar's eldest son, Bjorn (played by The Hunger Games' Alexander Ludwig), will also continue his quest of sailing to the Mediterranean, something that was teased in the season's Comic-Con trailer (which can be viewed below).

These are only some of the conflicts that will be featured in the returning series, as Ragnar's ex-wife, Lagertha, is set to have some kind of confrontation with Aslaug, his current wife. What is for sure, is that the second half of season four is shaping up to be just as exciting as the first part.

Not yet pumped for the return of Vikings? Check out the extended trailer below: