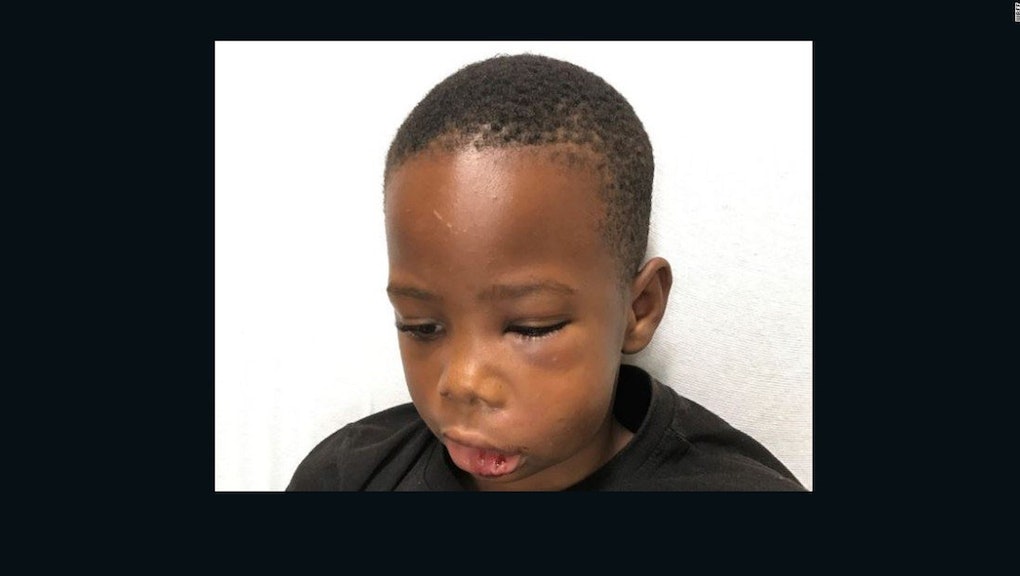 The Baltimore Curriculum Project, the school's charter operator, said Korr has been fired and they are "heartsick that this child suffered this injury," according to Raw Story.

Grayson's mother contested Korr's explanation, saying it would have been impossible for the second-grader to hurt himself so severely.

"I looked in the ambulance and there's my son, his face big, mouth bloody. I turned to the man, 'I said, 'This isn't regular restraint,'" Lateekqua Jackson told WBFF.  "... He can't throw himself into the wall and fracture his jaw and lose his teeth. He's only 7 years old. He's so small he's not going to do the damage to himself."

Baltimore school officials released a statement, according to WBFF, saying they "are working with BCP to cooperate fully in the police investigation of the incident and will take any action warranted once the investigation is complete."

According to research from the Kirwan Institute for the Study of Race and Ethnicity, black and Latino students are disproportionately more likely to face severe discipline at school, with bias the likely culprit.

"Racialized disproportionality in the administration of school discipline is now a national crisis," the institute wrote. "In January of 2014, the U.S. Department of Justice, Civil Rights Division and the U.S. Department of Education, Office of Civil Rights issued a national 'guidance' to assist public elementary and secondary schools in meeting their obligations under Federal law to administer student discipline without discriminating on the basis of race, color or national origin."