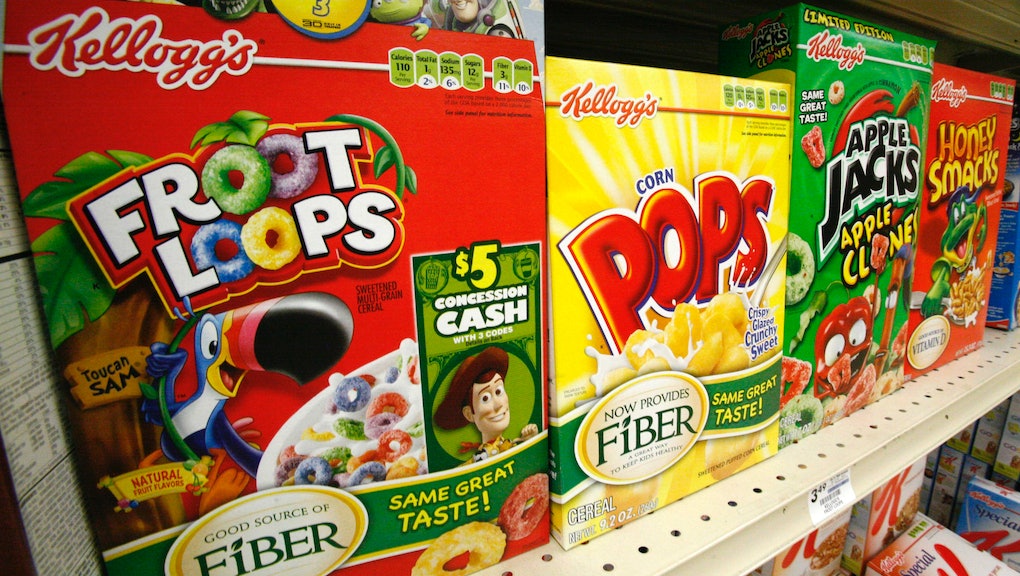 Right-wing site Breitbart, the self-declared platform for the loosely organized movement of far-right activists and white nationalists called the alt-right, is organizing a "war" on the Kellogg Co. after the cereal manufacturer ceased advertising on its site.

"If you serve Kellogg's products to your family, you are serving up bigotry at your breakfast table," Breitbart editor-in-chief Alexander Marlow said, according to the Guardian.

In response, Breitbart readers flooded Twitter with beleaguered comments — even posting photos of themselves dumping the Kellogg brand's cereal in trash cans, sink drains and toilets.

#DumpKelloggs participants cited a more than 2% decrease in the company's stock prices Wednesday as evidence of their victory, but as Dealbreaker's Owen Davis tweeted, the decrease seemed to be tied to an industrywide adjustment affecting other companies like General Mills.

So in other words, the protest doesn't seem to have accomplished anything.

In response, the alt-right crowd was mostly met with mockery from other Twitter denizens.

As Bloomberg reported, other brands have chosen to stick by Breitbart, such as Nissan, which released a statement saying its "advertising is not intended to be a political commentary and there are no plans to change the advertising mix at this time."