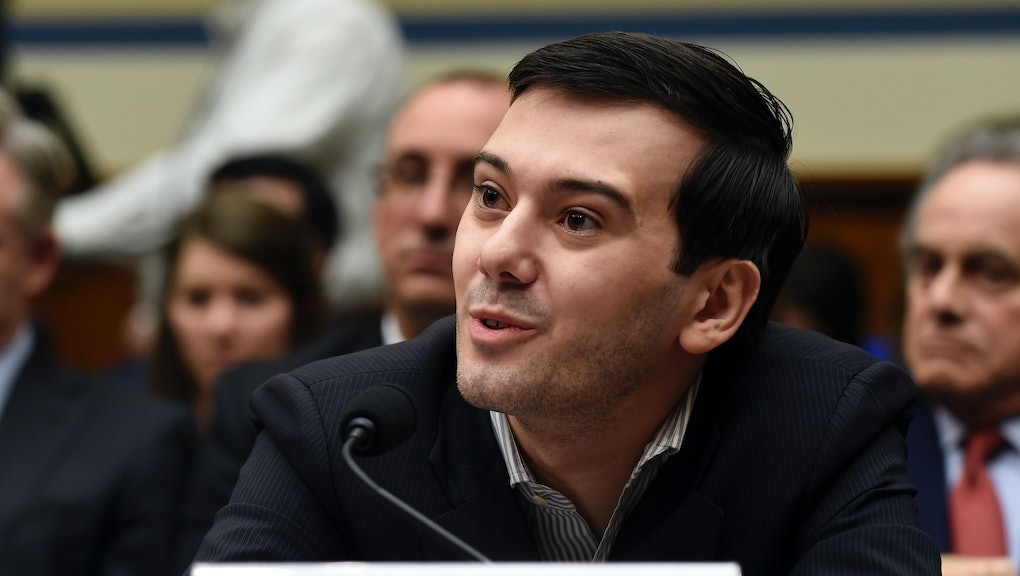 Students in Australia have recreated the main ingredients for a drug that Martin Shkreli notoriously hiked up to $750 per pill in the United States, for just a fraction of the price: around $20 per 3.7 grams, or what would amount to just $2 per pill.

The students from Sydney Grammar school were able to recreate the key component to the drug pyrimethamine, which is listed as an essential drug by the World Health Organization for its use against a common parasite that affects immunocompromised patients.

Toxoplasmosis and the Daraprim price hike

Pyrimethamine, which is marketed as Daraprim, is used to treat a common parasitic disease called toxoplasmosis in people with compromised immune systems, such as those with HIV. Toxoplasmosis can cause flu-like symptoms, confusion and even seizures if left untreated.

About a quarter of the public is infected with toxoplasmosis. Most don't even realize it, but in people with weakened immune systems, the infection can reactivate and present serious symptoms.

The price hike came after Turing Pharmaceuticals acquired the drug, with the company's CEO Martin Shkreli given most of the blame for its rise in prices. Shkreli was dubbed the most hated man in America by the Daily Beast after the price gouge, and is known pejoratively the world over as the "Pharma Bro" for his nonchalant and dismissive views about drug price hikes.

In response to the outrage, Turing dropped the price in half for hospitals, celebrating it as a 50% reduction, though the drug still cost 2,500% more than its initial price.

Shkreli was arrested in December 2015 on charges of securities fraud. The arrest was unrelated to the drug price gouging scandal.

The students who recreated the drug in their high school lab are ecstatic over their successes.

"At first there was definitely disbelief," said Brandon Lee, one of the students involved in the project. "But then it turned into happiness as we realized we finally got to our main goal."

"It was ecstatic, it was bliss, it was euphoric," added fellow student Milan Leonard.

Shkreli himself was skeptical of their successes. On Twitter, Shkreli responded to a news article that questioned whether he had some new competition from the students.

"Almost any drug can be made at a small scale for a low price," he later added.

The drug created by the Australian students won't be available to Americans due to patent laws and other restrictions.

"To take the drug to market as a generic, you need to compare it to Turing's product," explained associate professor Matthew Todd, the students' instructor. "If Turing won't allow the comparisons to take place, you'd need to fund a whole new trial."