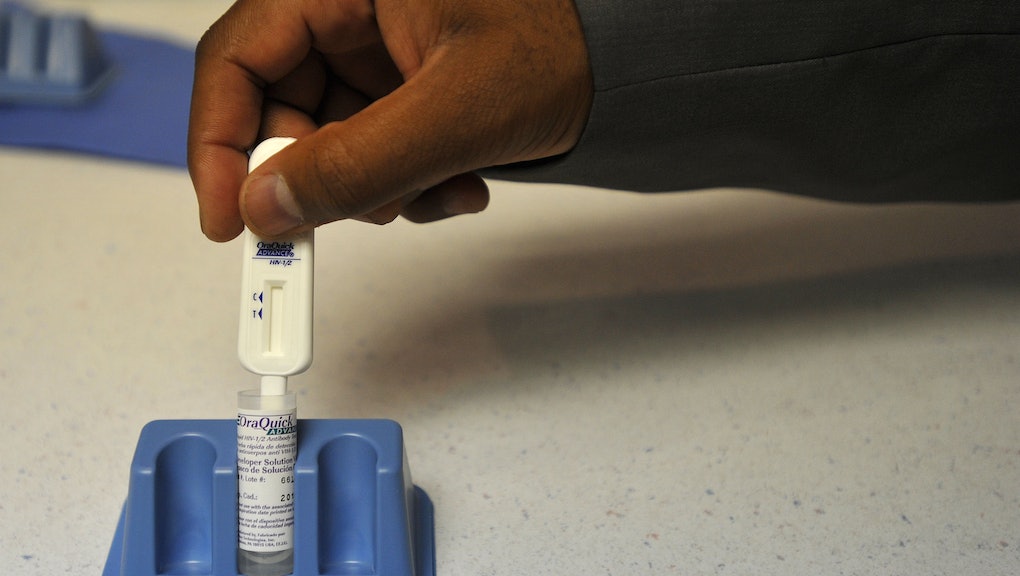 Who's the most at risk for contracting HIV in 2016?

Despite the lack of coverage in the media and a general unwillingness to talk about it, the HIV/AIDS epidemic in the United States is not over.

According to the Centers for Disease Control and Prevention, over 1.2 million Americans live with HIV. Of those more than 1.2 million people, one in eight don't even know they have the virus.

In 2015, 39,513 Americans received an HIV diagnosis, according to the CDC, and there was a 19% decline in new HIV diagnoses between 2005 and 2014. And depending on a person's racial identity and sexual orientation, the risk of acquiring HIV can be much higher.

Who is most at risk of contracting HIV?

Though they make up only a small part of the U.S. population, gay black men account for about a quarter of new infections, according to the CDC.

Among young black gay and bisexual men aged 13 to 24, the number of diagnoses per year has increased 87%.

Why are some people at higher risk of contracting HIV?

According to the Center for American Progress, several studies show that black Americans — who make up 14% of the U.S. population but 44% of those who contract HIV — actually engage in about the same amount of high-risk behaviors than their white counterparts.

Put simply: If you're wondering who is most at risk for contracting HIV in the United States, look at who is dealing with the most structural inequality.

Some of these inequalities include: housing segregation, lack of quality education, lack of employment, unequal access to health care and mass incarceration.

In order to make a large-scale dent in the epidemic, there would need to be a shift from a framework of blaming individual behavior — like sex or using drugs — to an understanding of the HIV/AIDS epidemic as a structural one.

As researchers in one 2014 study noted, "We must also acknowledge that expanding all kinds of access will mean nothing unless the barriers posed by racism, homophobia, stigmas and discrimination are lifted. Our best chance for reducing the health disparity that is HIV will be to address social and structural factors that underlie the HIV epidemic."