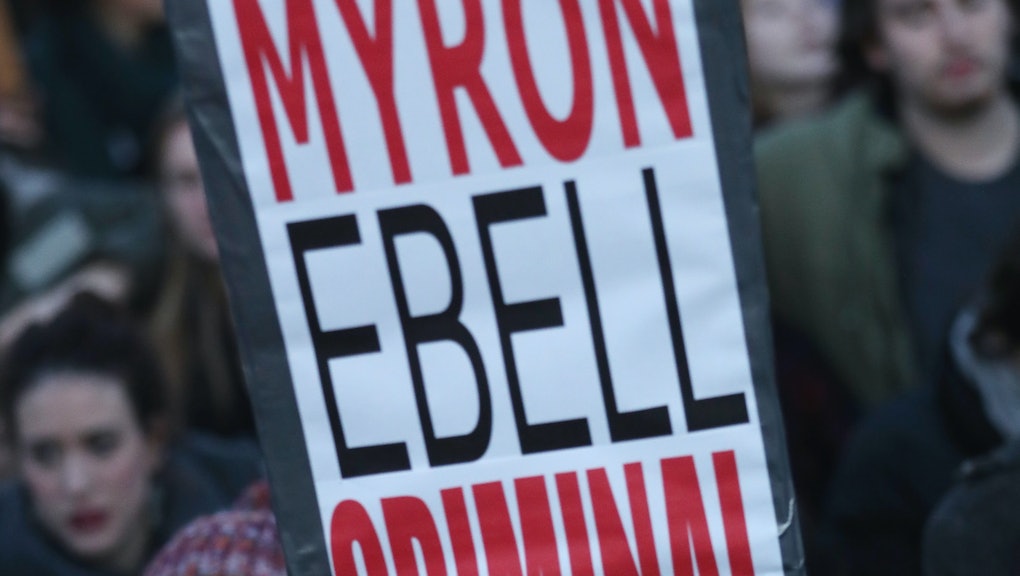 When it comes to climate change, President-elect Donald Trump has said he does not believe human activity is one of its leading causes — despite 97% of scientists making statements to the contrary, according to the Environmental Defense Fund.

In 2012, Trump tweeted that "the concept of global warming was created by and for the Chinese in order to make U.S. manufacturing noncompetitive."

Along his presidential campaign trail, Trump vowed to cancel the Paris agreement, dismantle the Environmental Protection Agency and remove restrictions on oil, gas and coal mining. To achieve these goals, Trump has named Myron Ebell, a climate change doubter, to oversee the EPA transition.

Who is Myron Ebell? Here's what we know.

According to the Washington Post, Ebell works for the Competitive Enterprise Institute, a conservative think tank that has received funding from ExxonMobil. Like Trump, he takes a strong stance against the scientific consensus that climate change is overwhelmingly human-caused.

Ironically, he's not actually considered a scientist. He majored in philosophy at University of California, San Diego and pursued studies in political theory and history at the London School of Economics and Cambridge, respectively.

He admits that there has been an unusual temperature rise, yet he deems it normal: "There has been a little bit of warming ... but it's been very modest and well within the range of natural variability, and whether it's by human beings or not, it's nothing to worry about," he told Vanity Fair in 2007.

He's been called a "climate criminal."

During the 2015 U.N. Climate Summit in Paris, global advocacy organization Avaaz ran a campaign that named a group of seven "climate criminals" from a list of over 50,000 delegates at the summit. Ebell was among the seven notorious lobbyists who Avaaz's Acting Executive Director Emma Ruby-Sachs said were sabotaging "a global deal for ambitious climate action, despite over 3.6 million citizens around the world calling for 100% clean energy."

According to Mashable, Avaaz plastered nearly 1,000 "Wanted" posters featuring the faces of "climate criminals" outside five-star hotels in Paris. The organization also handed out flyers at important Metro stations in France's capital city with photos of the lobbyists.

It's a moniker Ebell had been tagged with before. According to his bio, submitted to the House of Representatives, Greenpeace featured him in "A Field Guide to Climate Criminals" at the 2005 U.N. climate meeting in Montreal.

He opposes the Clean Power Plan.

In August 2015, President Barack Obama presented the Clean Power Plan, which seeks to cut greenhouse gas emissions by 32% from 2005 levels by 2030. Thanks to the Clean Power Plan, the Environmental Protection Agency would have the authority to regulate carbon pollution and expand renewable energy.

Ebell called the plan "illegal," according to Fortune. The New York Times reported that Ebell hoped whoever was elected president "would undo the EPA power plant regs and some of the other regs that are very harmful to our economy." Now that Trump is president-elect, Ebell may have the power to roll back the Clean Power Act.