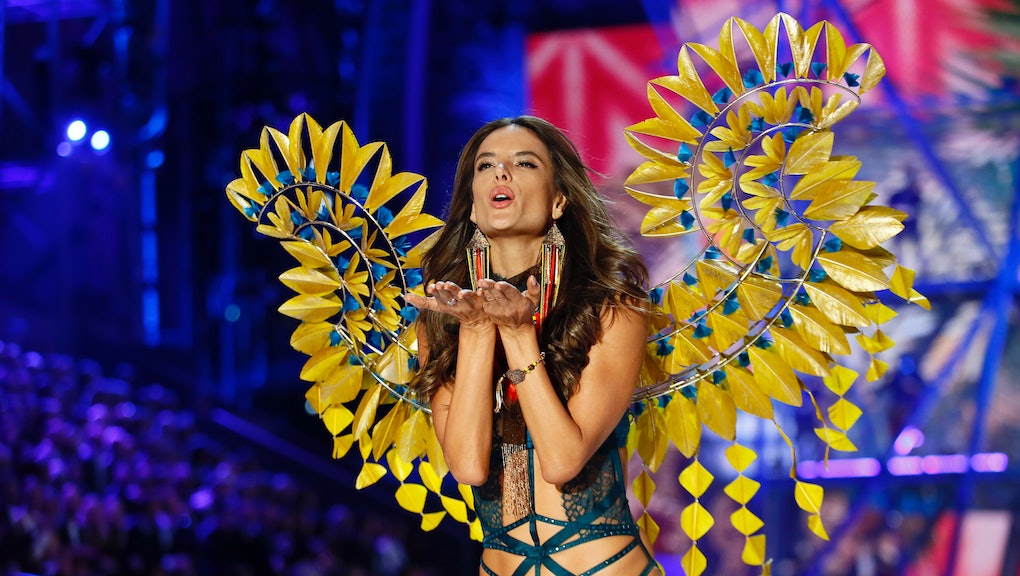 This is a big year for the Victoria's Secret Fashion Show. Not only will the renowned runway show feature Victoria's Secret regulars like Adriana Lima and Alessandra Ambrosio, but huge names like Kendall Jenner, Gigi Hadid and Bella Hadid have been added to the list of models walking down the 2016 runway.

The show, which takes place in Paris for the first time ever, will air on Dec. 5 at 10 p.m. Eastern on CBS. But for those who are unable to catch it on TV, CBS's website will host a livestream.

Filmed on Nov. 30, the fashion show will showcase model Jasmine Tookes wearing the Fantasy Bra, which costs $3 million. Tookes is also the first woman of color to wear the expensive bra in nine years and the third overall. The other women were Selita Ebanks back in 2007 and before her Tyra Banks.

"I feel like it's such a milestone for Victoria's Secret to have a woman of color wearing the fantasy bra, because there's only been two in the past, and the last one was almost 10 years ago," Tookes told Fashionista in October. "It's major, and I think it's awesome I get to represent that."

In addition to the models, Victoria's Secret managed to book Lady Gaga, Bruno Mars and The Weeknd to perform at the show.

Yolanda Hadid, mother to Gigi and Bella, shared her excitement about having two daughters walking in the photo below: