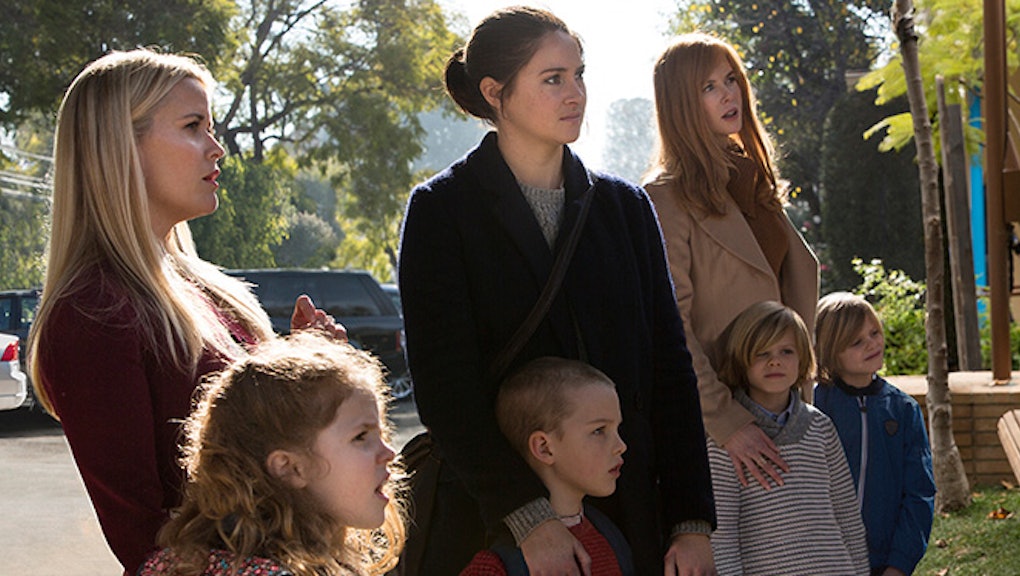 One of HBO's hotly anticipated new shows is the event series Big Little Lies, premiering on Feb. 19. We now have our first full look at the all-star show.

Based on Liane Moriarty's best-selling novel of the same title, Big Little Lies was created by David E. Kelley (Alley McBeal). All seven episodes will be directed by Wild director Jean-Marc Vallée, and the series looks to be every bit as scandalous as expected.

There's a new girl in town

We meet new-to-town Jane, played by Shailene Woodley, a young mom initially mistaken for being a nanny by Renata (Laura Dern). Jane is befriended by Madeline (Reese Witherspoon) and Celeste (Nicole Kidman) and is taken aback by how nice the two are to her. Madeline jokes, "We pound people with nice," with Celeste adding an ominous "To death."

Madeline looks to be the leader of the group of competitive moms who is at odds with Renata, pretending to have it all before inevitably admitting to losing control.

The unraveling is contagious: Celeste isn't sure if she is happy in her marriage to her husband Perry (Alexander Skarsgård), and Jane, who seems to be running from her past, doesn't feel like she fits in; neither do residents, one of whom even describes her as a "dirty old Prius parked outside a Barneys."

As the trailer goes on, the women's lives seem to unravel, leading to tears, fights, screaming and a possible murder. It ends with Jane jumping off a cliff and a final shot of a woman on a beach holding shoes, with a voiceover saying, "So, we're, like, seriously using the word 'murder'?"