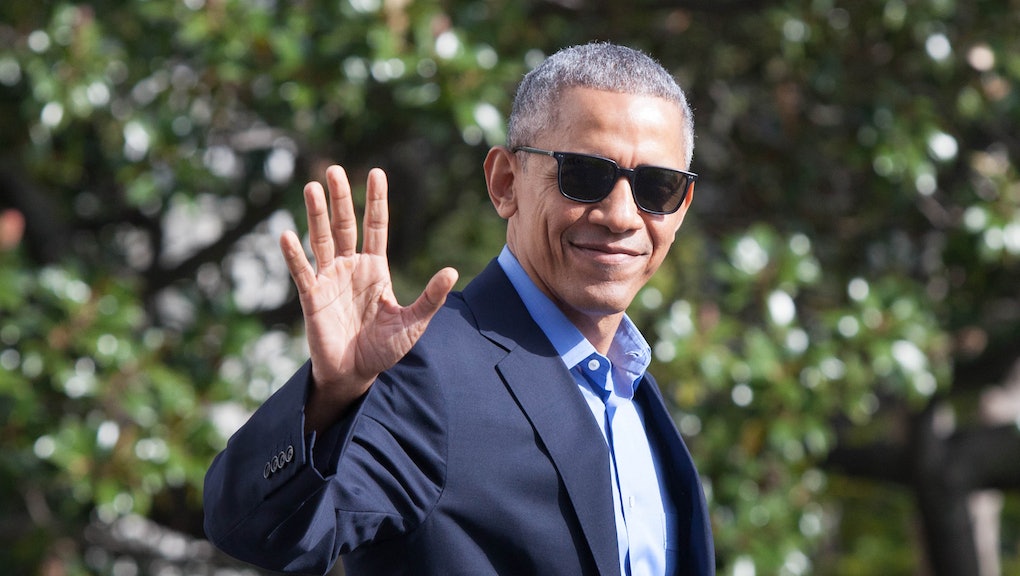 President Barack Obama has been discussing a post-presidential career in digital media and is considering launching his own media company, according to multiple sources who spoke on background because they were not authorized to speak for the president.

Obama considers media to be a central focus of his next chapter, these sources say, though exactly what form that will take — a show streaming on Netflix, a web series on a comedy site or something else — remains unclear. Obama has gone so far as to discuss launching his own media company, according to one source with knowledge of the matter, although he has reportedly cooled on the idea of late.

When contacted for comment, White House communications director Jen Psaki told Mic in a statement, "While the president will remain actively engaged in inspiring young people and he is interested in the changing ways people consume information, he has no plans to get into the media business after he leaves office."

According to another source, Obama met privately with Facebook CEO and co-founder Mark Zuckerberg in Lima, Peru, on the sidelines of the recent APEC summit to discuss the matter.

That it's Obama who is mulling a media career marks an intriguing twist for an election year in which President-elect Donald Trump's rumored television plans have become a subject of debate. Prior to Election Day, which nearly every pollster had Hillary Clinton winning, much speculation centered on Trump's post-election plans. Reports suggested he would launch a "Trump TV" network of his own, either online or on cable. According to the Financial Times, Trump's son-in-law, media baron Jared Kushner, had approached a media investor about possibly funding such a network. At the time, the Trump campaign denied that any such network was in the works (though Trump experimented with live Facebook video offerings in the campaign's closing days).

So is Obama gearing up to launch "Obama TV"? That much remains unclear, but doing so wouldn't be inconsistent with his track record. Over the course of his presidency, Obama has made a point of using social media and engaging with digital outlets in creative ways — including producing his own short-form web videos, which get posted directly to his social media accounts.

When Rolling Stone asked the president about his future plans, Obama said he would begin "organizing my presidential center," where a top subject would be, "How do we rethink our storytelling, the messaging and the use of technology and digital media, so that we can make a persuasive case across the country?"

In recent days — even before Trump's surprising victory — Obama also mused openly about what he views as the dangerous state of media and his desire to play a role in fixing it. According to the New Yorker, Obama apparently obsessed over a BuzzFeed story that documented how more than 100 pro-Trump websites peddling fake news reports had originated in one small Macedonian town. The president worried aloud that the way stories are displayed on various platforms "means everything is true and nothing is true" and that "an explanation of climate change from a Nobel Prize-winning physicist looks exactly the same on your Facebook page as the denial of climate change by somebody on the Koch brothers' payroll."

Obama has been outspoken in recent days about the faux news phenomenon, arguing that the rise of conspiracy theories and the easy propagation of fake stories has made it difficult to establish basic facts to frame a debate. "And now we just don't have that," he told New Yorker editor David Remnick.

If Obama is indeed considering a major post-election media play, it also wouldn't be without precedent for those near the White House. After the 2000 presidential election, Al Gore launched Current TV, a cable news network targeted at a millennial audience, which he ended up selling to Al Jazeera for a reported $500 million in 2013. But as Gore's experience showed, building a new independent media property is challenging. Although he hoped Current TV would be a transformational network appealing directly to young viewers and serving as an ideological balance to Fox News and MSNBC, it failed to gain much traction. As Gore learned, building audience around substantive content, blending news and entertainment and monetizing fact-based and deep investigative reporting are all easier said than done.

Depending on what form it takes, a hard dive into media could also put Obama at odds with presidential precedent. For decades, former presidents have followed a tradition of remaining quiet about their successors in public. During his recent visit to Peru, Obama said he would uphold that convention after leaving office, but also hinted he might speak out when he feels necessary. "If there are issues that have less to do with the specifics of some legislative proposal or battle or go to core questions about our values and ideals, and if I think that it's necessary or helpful for me to defend those ideals, I'll examine it when it comes," Obama told reporters.