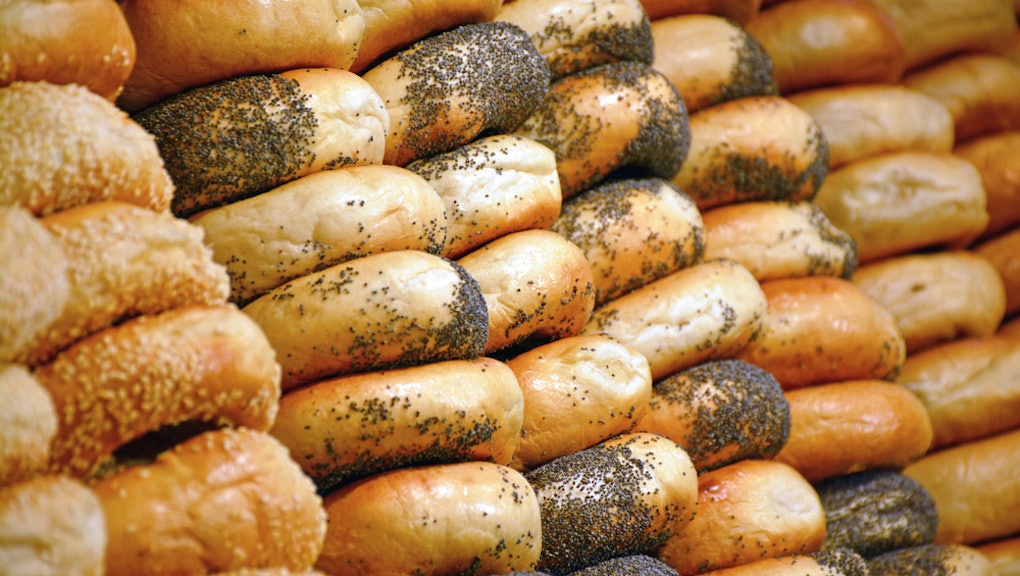 Can poppy seeds cause you to fail a drug test? Here's the truth about your favorite bagel.

Seinfeld taught us plenty of helpful lessons about food: Don't disrespect your soup ladler, never try to fish for babka and abstain from poppy seed bagels (or muffins) before taking a mandatory drug test.

And yes, that last one is important. Though refraining from eating a completely legal ingredient you can purchase restriction-free at pretty much any supermarket in America before a drug test seems silly, poppy seeds are notorious for their ability to mess up your otherwise drug-free test.

"Crazy as it sounds, yes, poppy seeds on that bagel you love can cause a urine drug screen to come back positive for opioids [like] morphine and codeine," Arefa Cassoobhoy, a medical editor at WebMD, said in an email. But that's not because poppy seeds are actually opioids.

"The poppy seeds don't have the drug in them, but both poppy seeds and opium come from the same seed pod, so depending on processing, the poppy seeds might have residue on them that could trigger a positive drug test," Cassoobhoy explained.

Even if your muffin only has a handful of poppy seeds in it, or you brush the majority of the tiny seeds off your bagel, you still might not be in the clear for a drug test. "There's no way to know how much opium extract will be on the poppy seeds, and then how fast your body clears the morphine elements on the poppy seeds," Cassoobhoy said.

And don't think Simone Biles or Katie Ledecky would ever consider fueling up at the 2020 Olympics with poppy seed bagels. Because of poppy seeds' deceiving drug test effects, the U.S. Anti-Doping Agency recommends avoiding poppy seeds before competitions. "In most cases, consumption of poppy seeds in foods will not cause a positive doping test, but it may be possible to exceed the morphine threshold by eating foods with poppy seeds," USADA explains. The agency continued:

USADA cannot predict the amount of poppy seeds you can eat and still be below the testing threshold set by WADA, nor can USADA predict how long morphine or morphine metabolites from poppy seeds will stay in your system. The most conservative approach would be to avoid poppy seeds in the lead up to, and during, competitions.

If you're scheduled to take a drug test, you should also stay away from hemp seeds, which come from the same plant as marijuana and may be inconspicuously hidden in granola or other seed-filled foods. Tonic water has also been proven to produce fake positive results in drug tests, due to the quinine (a medicine originally used to treat malaria) in the sparkling beverage. Sesame seeds, however, are totally fine. Moral of the story? Timing is everything when it comes to choosing your bagel.