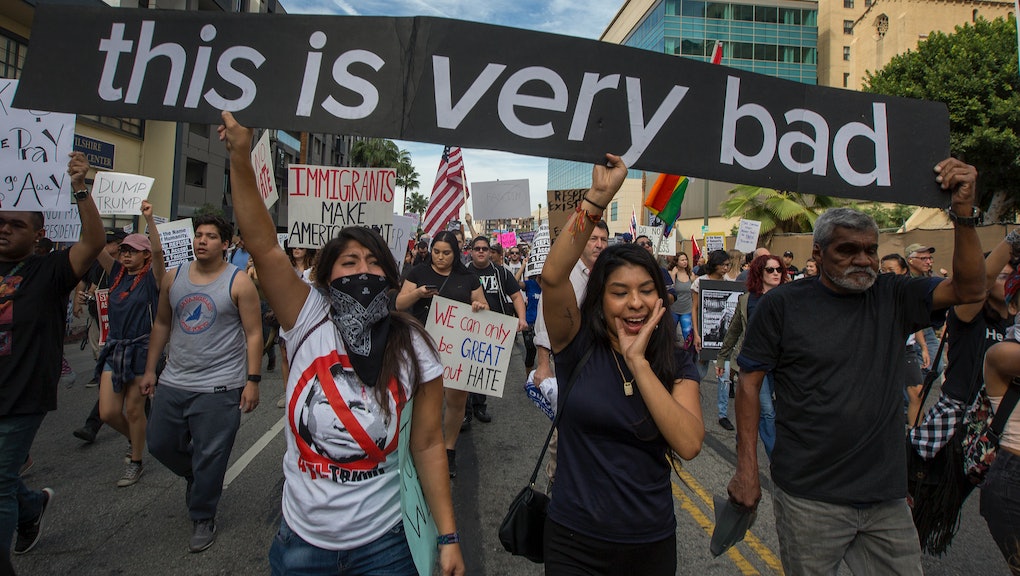 Which states have the greatest muslim populations in the US? You might be surprised.

President-elect Donald Trump has made his stance on Muslims and his idea of their place in society abundantly clear since the early days of his campaign. When his election was announced, thousands of angry, frightened citizens gathered throughout the country in protest.

His ideas of foreign policy pose a threat to Muslim-American citizens, but how many people in America are put in the line of danger?

Conceiving a solid number of how many Muslims live in the United States is difficult, according to Pew Research, because the United States Census Bureau does not ask questions about religion, meaning there is no official government count of the U.S. Muslim population.

In 2015, the Pew Research Center estimated the amount of Muslims living in the U.S. to be about 3.3 million, accounting for about 1% of the entire U.S. population.

This percentage is quite a leap from the results of the Pew Research Center's 2014 Religious Landscape Study, which determined 0.9% of U.S. adults identify as Muslim. Pew estimates this total will double by 2050, making the U.S. Muslim population 8.1 million people, or 2.1% of the total population.

Here are the states with the highest populations of Muslim citizens, according to the 2015 results from The American Values Atlas.

New Jersey: New Jersey has three times as many Muslim adults per capita as the national average, according to Pew.

North Dakota: North Dakota, with its population of 756.927, is another state that is highly populated with Muslim people: 2% of the population, equating to an estimated total of 15,139 people, identify as Muslim-American.