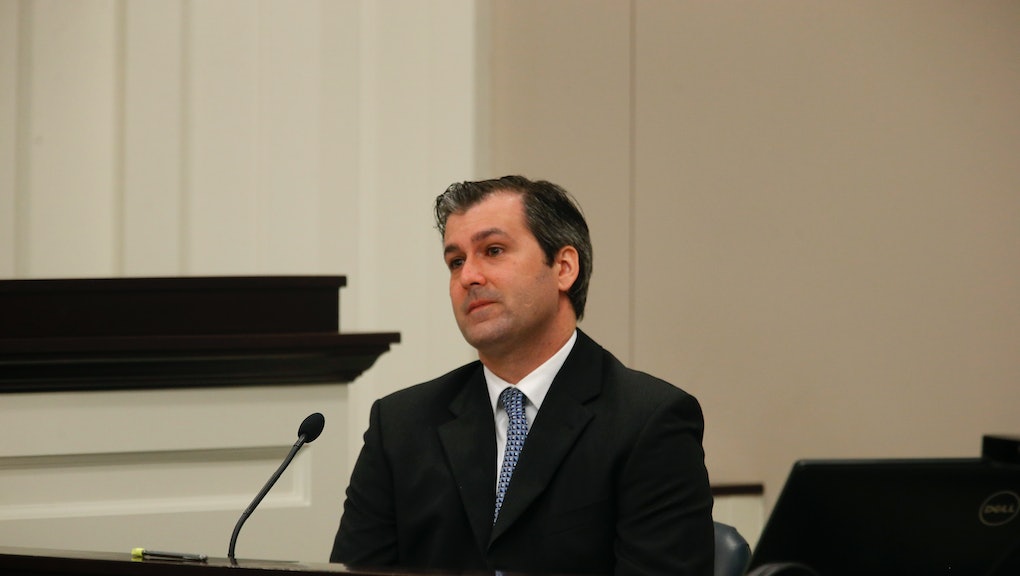 Jurors in the trial of Michael Slager — the former South Carolina police officer facing murder charges in the April 2015 shooting death of 50-year-old Walter Scott, an unarmed black man — told a judge on Friday that they were unable to reach a consensus.

According to CNN, after jurors told the judge they did not believe they could reach a consensus, the judge instructed them to keep deliberating. "You have a duty to make every reasonable effort to reach a unanimous verdict," the judge said, according to CNN.

The 35-year-old former officer testified on Tuesday that shooting Scott was in line with the training he had received, telling the courtroom he "fired until the threat was stopped as I was trained to do,"  the Associated Press reported.

Cell phone video taken by a bystander captured the moment Slager opened fire on Scott during a traffic stop. The footage, which showed Slager firing at Scott as he fled on foot, caused outrage nationwide.