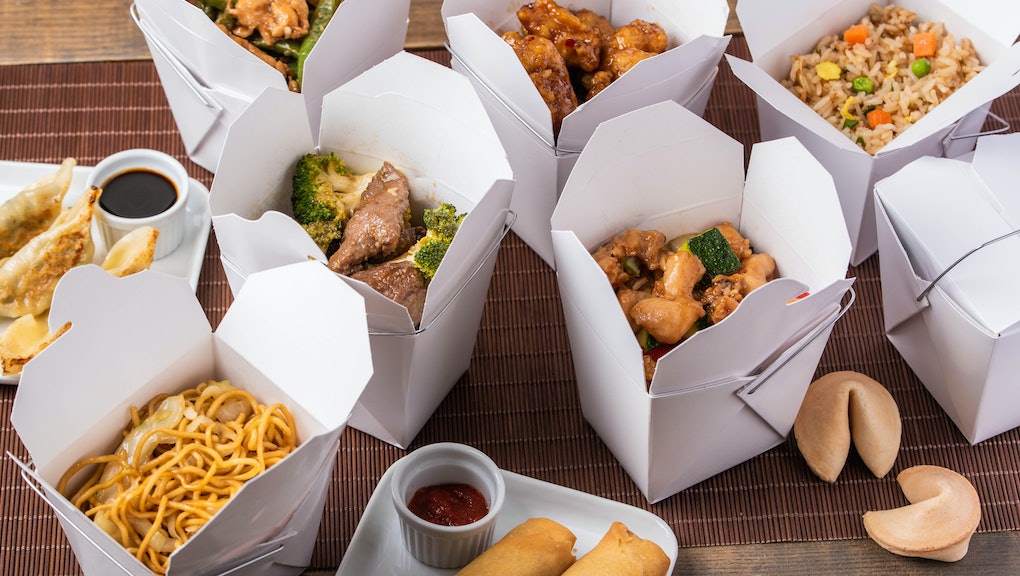 Why do Jews eat Chinese food on Christmas? How the tradition has evolved over 100 years.

It's Christmas 2015, and the streets of lower Manhattan are packed. Dredging through the slush on Doyers Street, I can barely push by a family lined up outside Chinatown's Nom Wah Tea Parlor to reach an understated noodle shop to see if they have open seats in the basement. They don't.

It's my first and only Christmas ever spent in New York City, and my plans to meet up with a Jewish friend for what we thought would be a casual feast of peking duck and wonton soup are completely thwarted by the thousands of like-minded Chinese-food-on-Christmas observers.

If you didn't know any better, you'd think it was the Lunar New Year or another special day for Chinese people. But no, it is Christmas, and in New York City, or Jew York City (as it's known to the in-crowd), it is Chinese Food Day, and waits across town are over an hour for mediocre General Tso's. So how did this happen?

The tradition of Jewish people eating Chinese food on Christmas, like so many trends, started in New York, and even eventually spread across the East Coast and West Coast — though it still remains an American pastime. European, South American and Australian Jews aren't necessarily lining up for dumplings and egg rolls come the anniversary of Jesus' birth.

"Most Jews came first to the Lower East Side in Manhattan, which is right below Chinatown," Ken Albala, professor of history and chair of Food Studies at University of the Pacific's San Francisco campus, explained in an email. "As kosher regulations loosened for many immigrants, they were happy to try pork, shrimp and other un-kosher dishes in proximity."

These Jews, along with immigrants from all over the world, including China, arrived in the latter part of the 19th century, explained Albala, though immigration came to a halt in 1924 with the Immigration Act, which put a quota on visas and essentially barred immigrants from Asia.

In the 19th and 20th centuries, for those of different nationalities, mingling and exchanging cultures was natural. Albala's father (the son of Sephardic Jewish immigrants) worked in New York City's garment industry and designed patterns for skirts, employing Puerto Rican workers to cut the cloth, Chinese contractors to sew the garments and Italian (Mafia controlled) trucks to do all the shipping, Albala said. "These communities lived and worked in close proximity in most cities on the East Coast," Albala explained.

And the intermingling of these communities, especially that among Jewish people and Chinese people, with both coming from cultures "to which food and cultural cuisine holds great importance," Albala said, led to a Jewish love for lo mein.

"American Jews have had a well-documented love for Chinese food since at least the 1920s," Ted Merwin, author of Pastrami on Rye: An Overstuffed History of the Jewish Deli and Dickinson College associate professor, explained in an email. "A Yiddish daily newspaper in New York reported on the war between chop suey and gefilte fish, as the former began to gain ascendancy over the latter. But it was in the postwar years that suburban Jews truly began to forsake the deli for the Chinese restaurant for their Sunday night family gatherings."

Dim sum and then some

The similarities between Chinese and Jewish cuisine also helped Jewish people adopt Chinese food as part of their regular diet. "The reasons for this are manifold: Jewish and Chinese food are both relatively inexpensive, marked by sweet and sour flavors, and avoid dairy and meat combinations," Merwin explained. "Chinese restaurants — among the only kind of eatery that was open on Christmas Eve, when Jews needed something to do — seemed exotic and non-threatening to a generation of secularizing Jews who wanted to feel sophisticated and cosmopolitan."

And as Jews spread out to Brooklyn, Queens and other boroughs and eventually suburbs as well, so did Chinese restaurants. "So it was always a matter of proximity," Albala explained. "And then, what's the only restaurant open on Christmas?" There was always a Chinese restaurant ready to dole out General Tso's on a Christian holiday. A tradition was born.

Will the tradition last?

As America (or parts of America) welcome an influx of international and fusion cuisines, the ritual is evolving. "The tradition [of eating Chinese food on Christmas] has been changing in the 21st century," Merwin said. "Japanese, Thai, Korean, Indian, Pakistani and other kinds of Asian restaurants have proliferated. Chinese restaurants offer 'fusion cuisine,' including sushi." So a typical Jewish Christmas meal can come from a variety of non-Christian restaurants, some of which serve a mélange of Asian cuisines.

Intermarriage and the adoption of various religious and cultural traditions may also be a reason for the tasty tradition to fade out. "A growing number of American Jews, now married to Christians, began celebrating Christmas with their extended family, so the Christmas Eve ritual of going out for 'Chinese and a movie' has plummeted in popularity," Merwin said. Though, doesn't Chinese takeout pair oh so well with that very last December Netflix binge of holiday movies?

For many American Jews, as evidenced by the chaos in Chinatown every Christmas, the tradition persists, in some form or another.

"It's been passed down in my family from generation to generation; it's really the only restaurant open, so it just became a tradition for us," 27-year-old Michael Freedman of Concord, Massachusetts, said via email. "I don't think we even particularly love Chinese food, it's just a once a year chance to get together with extended family and order in."

The tradition is also a way for some to connect with their communities. "Like many New York Jews, I grew up eating Chinese food for Christmas," writer Xan West said. "I continue to do it now, even though I am estranged from my blood family, because it helps me feel connected to my Jewishness. My queer chosen family continues this tradition, and it's one of the things I look forward to most in December." West is currently working on a novel, in which a Jewish queer chosen family observes this tradition, "because it is so dear to my heart," West said.

For Chicago native Nick Bruscato, the Chinese food on Christmas tradition just made sense to him growing up. "My family does have a tradition of eating Chinese food on Christmas, partially to fulfill the stereotype, but also on cold, busy, snowy nights in Chicago when most places are closed, it's easier to order in than go out," he wrote in an email. After a trip to China, however, Bruscato's family "developed a distaste for American Chinese food," finding their local options "unauthentic and unappetizing," but discovered three Thai restaurants within blocks of their Chicago home. Now, Bruscato, a Peace Corps volunteer based in the Philippines, is all about Thai food for Christmas.

"Thai food is amazing! I think many Jews should switch to Thai, what Chinese foods are they clinging to? General Tso's Chicken? which isn't really Chinese," he said. Bruscato, who keeps kosher, has also eaten other cuisines on Christmas. "I have also done Indian food on Christmas Eve," he said. "The place was packed with Hindus and Muslims trying to find a place to eat at that was open."

For non-Christians, the dining out on Christmas may just be another simple way to break down barriers.

So go ahead, be a mensch and dig into some dumplings this Christmas. It's tradition!

This article was originally published on Dec. 14, 2016