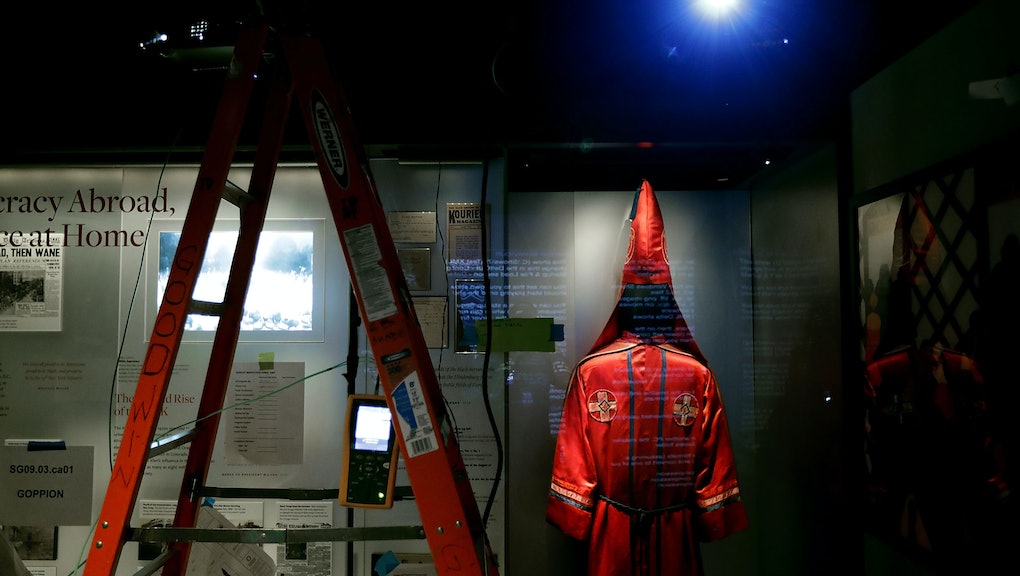 Members of the notorious hate group the Ku Klux Klan moved a planned rally celebrating Republican President-elect Donald Trump's victory in Pelham, North Carolina, to the nearby town of Roxboro after hundreds of counter-protesters turned up, the Burlington Times-News' Natalie Janicello reported on Saturday.

According to the Charlotte Observer, hundreds turned out to protest the Klan rally in Pelham with a "March of Love" featuring speeches by local and community leaders. The number of demonstrators appeared to have spooked the KKK members, who moved the location of the planned rally throughout the day.

"After this election, there's been so much vitriol and hatred being thrown around that, hopefully, we can ask people to look for the good in each other," Tega Cay, South Carolina, resident Dan Kroener told the Observer.

The Klan branch organizing the rally, the Loyal White Knights of the Ku Klux Klan, is based in Pelham and writes on its website that its goal is to "help restore America to a White Christian nation, founded on God's word." They billed the rally as a "Victory Klavalkade Klan Parade," adding "Trump's race united my people."

A man identifying himself as "exalted cyclops" John Roberts told the Times-News the event was supposed to be a Klan "national event," saying "People who can't make our normal rallies and meetings, they're going to be flying in or driving in for this."

While Trump officially denounced the KKK, his racially incendiary rhetoric on the campaign trail earned him support from white nationalists and other factions of the extreme right including the Klan's official newspaper, the Crusader, and the American Nazi Party. At a gathering of far-right leaders in Washington, D.C. in November, white nationalist ideologue Richard B. Spender led attendees in chants of "Hail Trump, hail our people, hail victory!"