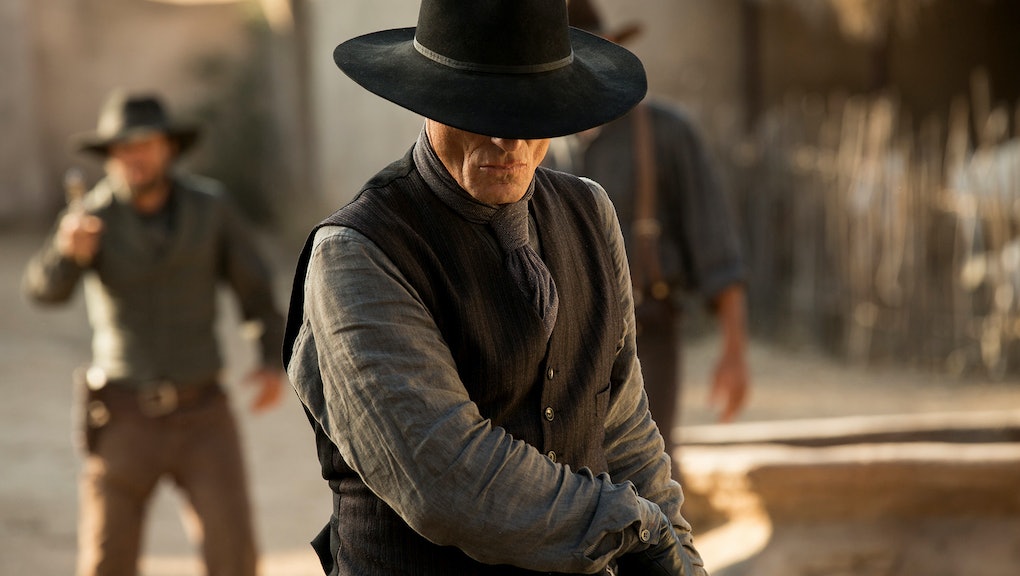 'Westworld' movie vs. the HBO show: What are the big differences?

Before HBO's Westworld came the 1973 movie of the same name. Written and directed by Michael Crichton, the film was about an amusement park called Delos where robots aided guests in indulging in their wildest fantasies. The TV series certainly started off with that plot line, but has made a lot of changes from the big screen.

[Editor's note: This article includes spoilers from the Westworld movie and TV show.]

HBO viewers haven't exactly seen the outside world, but in the movie the guests are brought to Delos via some sort of hovercraft. The train that's featured on the TV show doesn't exist.

The main draw to Westworld is that the robots look just like humans. It's nearly impossible to tell the Hosts apart from the humans on the TV show — just think about that Bernard reveal!

The Hosts in the movies do have one thing that clearly separates them from the humans. The people who created them had trouble with the hands, which is why every robot has distinctive creases where their fingers bend.

The treatment of Hosts

Both Westworld's are the same in that many guests visit the park to either have sex with a robot or kill one. However, the staff at least appears to treat the Hosts with more respect. Unlike the HBO show, the Hosts are not naked in the movie when they return for maintenance. It's important to note that the movie's also rated PG.

Of course technology has gotten better over the years. The movie robots were made with metal, similar to Arnold and Bernard's first Host prototypes on the TV show. The new version of Hosts are made with 3D printing and feature high-tech programming.

It's not clear if the TV Hosts need some sort of recharging, but that was the downfall of the robots in the movie. A low battery was ultimately what stopped their killing spree.

The Westworld finale airs Sunday at 9 p.m. Eastern on HBO.