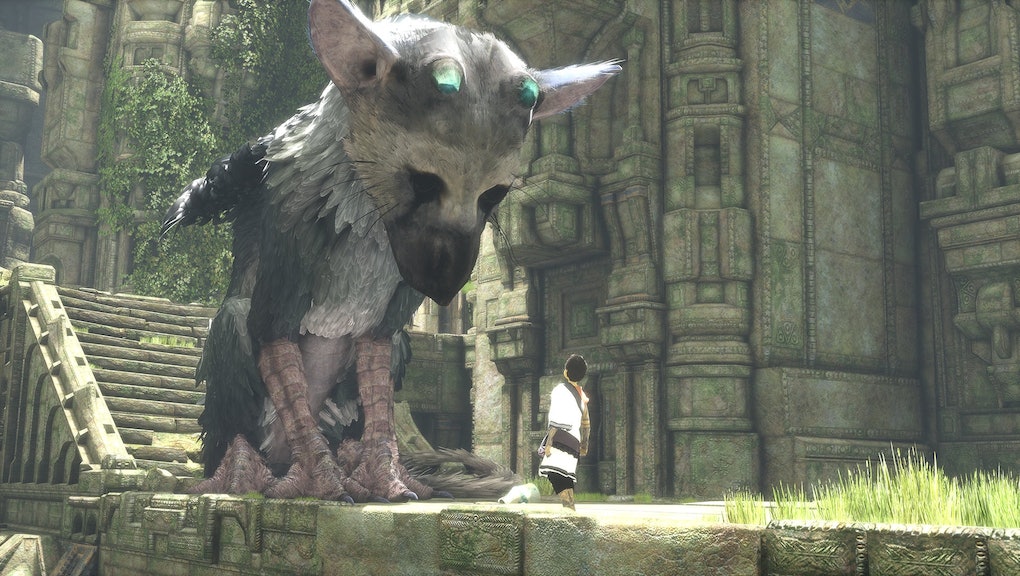 The Last Guardian is the spiritual follow-up to Shadow of the Colossus, considered one of the most emotional, gut-wrenching works of genius in the history of video games. The Last Guardian has also been interminably delayed for years, with fans believing the game would never actually be released. To say therefore that The Last Guardian is highly-anticipated would be preposterously understated.

With the game set to launch on Dec. 6, reviews are finally coming in. Today, critics are able to tell players whether this was a game worth waiting for, or a well-hyped disappointment.

The Last Guardian Review: A powerful story about trust and partnership

The Last Guardian is stunning. It feels like you are walking around in a feature length anime. Think Studio Ghibli films like Spirited Away and Princess Mononoke. Your character, a little boy, wakes up in a cave. A giant creature named Trico is there with you. It's chained to a stone in the middle of the floor and badly wounded.

Trico is half-bird and half-mammal. When you meet Trico his horns are broken, his wings look burned to a cinder and two spears are sticking out of his arm and leg. The boy helps the creature and they become a team, trying to find a way out of a ruin that looks like an ancient Buddhist temple in Thailand.

The Last Guardian is magical for the way it encourages you to bond with and trust Trico. If you get lost, pay attention to the way Trico is looking. If you need to get up on a ledge, climb up onto Trico's head, look where you need to go and Trico will lift you up.

The synergy between Trico and the boy is so important that you will eventually begin to feel for your companion. Creating this sort of bond between player and video game character is the hallmark of famed Japanese developer Fumito Ueda, director and lead designer of Ico and Shadow of the Colossus.

Without a powerful bond between the player and Trico, The Last Guardian becomes just another puzzle game. Reviewers did fall for Trico, and some of them were amazed by it.

"From the moment I saw Trico — injured and bound — the creature seemed alive in a way games have never captured," Joe Juba at Game Informer wrote. "From its roars and apprehension as you approach to how its chest moves when it breathes, details large and small make the improbable beast seem real."

"The Last Guardian also does an extraordinary job of capturing Trico's size, weight and power," Tom Senior at GamesRadar+ wrote. "It is awe-inspiring to watch him spring hundreds of feet between narrow spires, and I mean that in the true sense of the word awe: This animal evokes a powerful combination of fear, wonder and respect."

"The culmination of your incredible journey crystallizes a bond with Trico and makes you immediately long for another adventure with your newfound best friend," Peter Brown at GameSpot wrote.

Forging an emotional relationship between the player and Trico is accomplished largely by making the player depend on Trico to solve puzzles. While critics agree generally that the emotional payoff is worth it, dependence on Trico also seems to be The Last Guardian's greatest weakness.

"Whether he was facing the wrong direction and refused to turn around or was just a few steps to either side of where he needed to be to initiate a jump," Marty Sliva at IGN wrote, "I became exhausted by his refusal to heed my commands."

"If the creature isn't refusing to move until you bring it food," Philip Kollar at Polygon wrote, "it's casually ignoring your shouts from across the level."

The question seems to be whether or not it's worth putting up with mechanical challenges in The Last Guardian in order to enjoy the emotional experience. Critics so far generally agree that the answer is yes.

"It's a rough, sometimes clumsy game despite all its years of development... but when it works," Jeremy Parish at USgamer wrote, "it succeeds in ways that, yes, no game ever has before."

The Last Guardian will be released on Tuesday, Dec. 6 for PlayStation 4.

For other ideas as to which Fall 2016 releases you should or should not be paying attention to, check out Mic's reviews for Watch Dogs 2, Dishonored 2 and the NES Classic console.