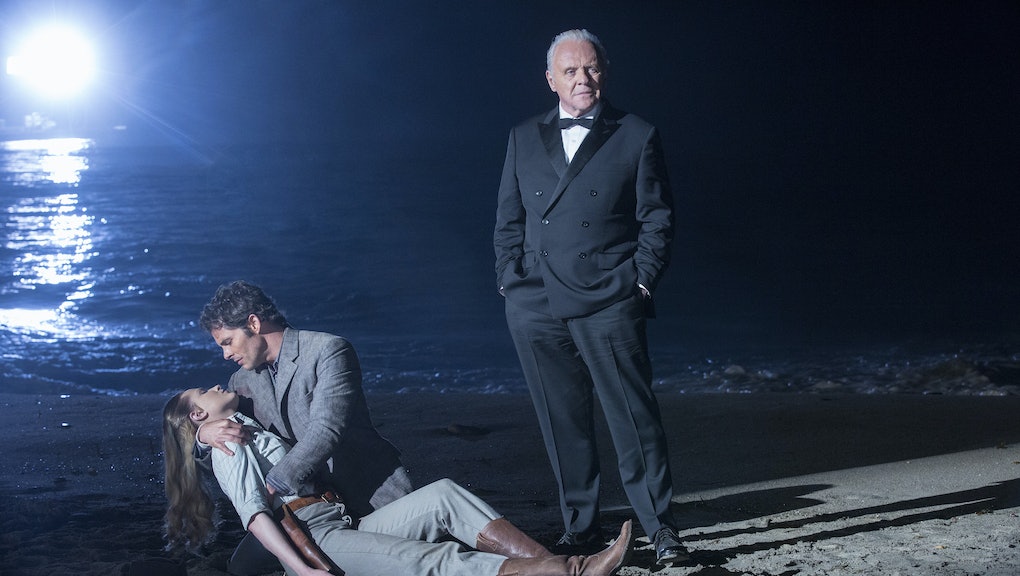 (Editor's note: This article contains major spoilers from the Westworld season one finale.)

Let's give Westworld's season finale credit: As the showrunners promised, the finale answered a ton of questions about the first season, while leaving season two and beyond an intriguing mystery. We finally know that William is the Man in Black (no shit), the mysterious maze is a literal toy with a philosophical purpose for the Hosts and Ford's new narrative ended with Dolores shooting him in the head (holy shit).

However, while the show covered a lot of ground in its 90-minute sendoff, we still have some questions Westworld needs to address in season two — though sadly, we might have to wait until 2018 for the answers.

What happened to Elsie and Stubbs?

Westworld hasn't explicitly shown Elsie dying on-screen — but yes, Bernard putting her in a chokehold is an ominous sign. However, her beacon goes off in season one's penultimate episode, causing head of security/lesser Hemsworth sibling Stubbs to investigate.

In the park, Stubbs encounters Ghost Nation Hosts, who don't respond to his commands and attack him. That could prove fatal, but Westworld isn't a show that leaves its deaths off-screen: Just look at the fates of Theresa, Bernard and the two engineers in the finale. Plus, two characters who shared a decent amount of screen time in season one, both with ambiguous deaths on the show?

We're going to call the show's bluff, and assume both characters are alive going into season two. An alternate-reality game on the Delos website suggests as much. Being alive and being in a good place, however, aren't mutually exclusive — and with the Hosts now murdering members of the Delos board, Elsie and Stubbs could still be in real danger.

While William set off to find Dolores, he abandoned his brother-in-law Logan in the finale, leaving him naked atop a horse on the edge of the park. Considering he was naked — and yes, that's unfortunate — but also deprived of food and water, do we assume Logan was killed by William?

It seems more likely that Logan is still alive, but ceded power in his company to William, who then became a majority stakeholder in the park. The show might've wrapped up the Logan-William flashback storyline, but if we're to assume Logan is still alive in the present, he may still have a part to play in the series — especially if most of the Delos board is presumably murdered by Dolores and the other Hosts.

How many Westworld-like parks are there?

While making her way out of Delos, Maeve and Felix stumble upon what appears to be another world filled with robotic Hosts dressed like samurai — the location being marked with an "SW" insignia.

We're to assume that was something called "Samurai World," a fascinating peak into the possibility of other themed worlds created by Delos. The original Westworld film featured a Medieval World and Roman World, so there's a few possibilities the show could explore. Considering Maeve's Host daughter is located in "Park 1," we could get a glimpse of other worlds created by Delos as early as season two.

Did Peter Abernathy — aka the naked monologue guy — leave the park?

Charlotte had set forth plans to smuggle key data out of Westworld through a Host, and was going to use the old model of Peter Abernathy, Dolores' father, to achieve this.

The plan was — with lovable sycophant Lee's help — to smuggle the data through Peter by getting him out of the park, but it's more likely that Peter went missing once Lee saw the entire cold storage area empty of old Hosts. These Hosts were the ones that surrounded the Delos board members and began to open fire, so we presume Peter would be among them. Unless he left the park on his own volition.

Abernathy had an impressive, monologue-inducing malfunction in the premiere, and it would be a waste for the character (and Louis Herthum, the tremendous actor) to be left without an interesting arc in season two. It still feels inevitable for Westworld to have a Host thrust into the real world, after all. Perhaps Peter will still be the first.

Who survived the season-ending shootout?

After Ford was shot by Dolores, it kickstarted what looked to be a massacre of Delos board members at the hands of the Hosts. While we didn't see any named characters killed in the shootout (Charlotte was among those running away amidst the chaos), one has to wonder just how many humans end up surviving. However, we can safely mark down one human who survived the shootout: William.

Ed Harris, who plays the older version of William (aka the Man in Black) on the show, confirmed in an interview on BBC Radio 4 that he will be returning for a second season. In hindsight, it's a bit of a spoiler on Harris' part, considering his character was shot in the arm by one of the Hosts before the credits rolled. But we're glad to see his return.

William wanted Westworld to ultimately become a challenge for the guests who visited the park. It was too easy to beat the Hosts when you're always destined to win and they aren't programmed to harm you. Now, they're a threat to his life and others — and now, a very tangible challenge.