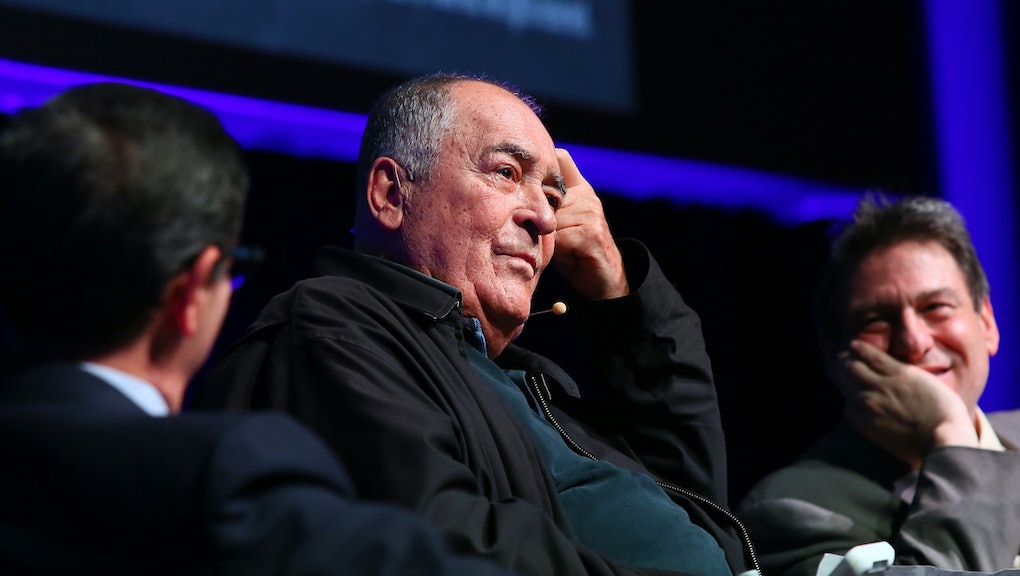 In Bernardo Bertolucci's Last Tango in Paris, there's a rather infamous scene in which Jeanne (Maria Schneider), a French woman, is raped by the American Paul (Marlon Brando) with the assistance of a stick of butter. This scene from 1972 became an international point of contention when a 2013 video — in which Bertolucci saying the filming wasn't consensual — leaked onto the internet.

"I didn't tell her what was going on," he admits in the video. "I wanted her reaction as a girl, not as an actress."

The resurfaced news stunned the world, prompting an outrage cycle that lasted over the weekend. Bertolucci responded to the renewed controversy with a statement Monday:

Several years ago at the Cinemathèque Francaise someone asked me for details on the famous 'butter scene.' I specified, but perhaps I was not clear, that I decided with Marlon Brando not to inform Maria that we would have used butter. We wanted her spontaneous reaction to that improper use [of the butter]. That is where the misunderstanding lies. Somebody thought, and thinks, that Maria had not been informed about the violence on her. That is false!

This conflicts a bit with Schneider's own report in 2006, in which she said the rape scene itself wasn't in the script. It's not clear from her statement if she's referring to any rape scene, or this specific scene with the butter. Unfortunately, Schneider isn't around now to clarify; she died in 2011.

Still, the fact that Schneider reported the exact same thing Bertolucci said in the leaked video is part of the problem. Once again, a female victim came forward with a story of being used without her consent in Hollywood. And once again, the story was only made concrete when a man brought it up years later.

Schneider talked on record about the butter scene being nonconsensual not once but twice before she passed. In addition to her 2006 statement, she told the Daily Mail in 2007 that she "felt humiliated and to be honest, I felt a little raped, both by Marlon and by Bertolucci."

Both of those interviews are a part of public record, and were for years before Bertolucci's interview video came to light. Yet it's now that the story gains traction — because Bertolucci himself is talking about it.

Think of the Bill Cosby sexual assault story. The dozens of reports from women claiming Cosby assaulted them became big news, but only after comedian Hannibal Buress talked about them in a stand-up set that went viral. Many of those accusations had been part of public record for years, but it was only after Buress called Cosby a rapist that the story stuck.

None of this is meant to dismiss rightful anger toward Cosby or Bertolucci in the present. But it is meant to emphasize the importance of trusting women's stories. A tale of sexual assault or a nonconsensual encounter does not suddenly become more valid when a man tells it. Schneider deserved belief when she was alive, not just when the man who she says she felt "humiliated" and "raped" by finally admitted it after her death.