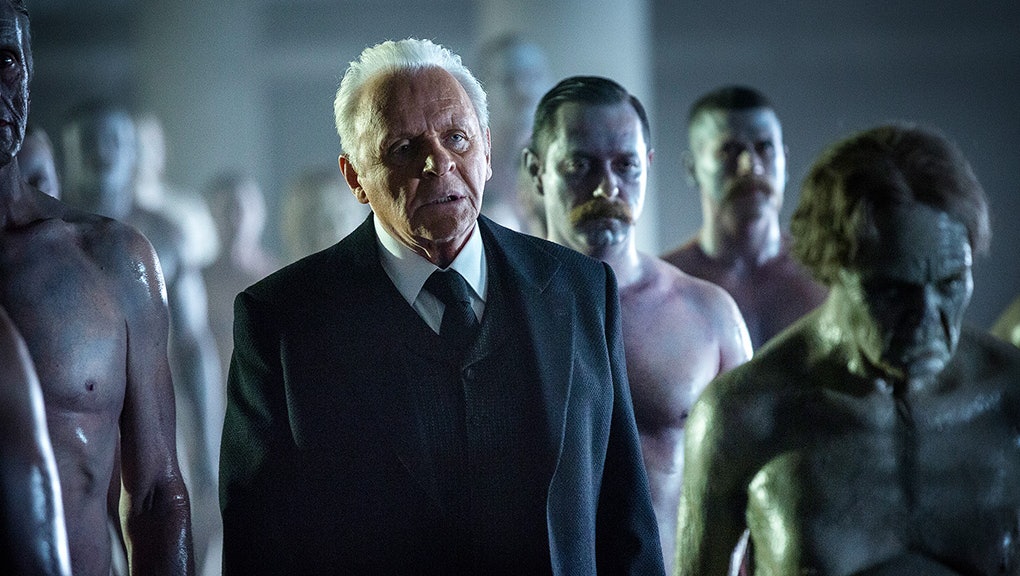 All the hidden ‘Game of Thrones’ easter eggs in ‘Westworld’

HBO's first season of Westworld has finally drawn to close, providing viewers with 10 riveting episodes and a shocking finale that revealed Ford's macabre, new narrative. Practically every moment of the first season was as suspenseful as the next, from wondering if William was the Man in Black, to learning about Bernard's true identity and his grisly death. But inside Westworld's theme park there was also something hidden in plain sight: Several Game of Thrones references.

Early on we get a glimpse of Ford's high-tech office buried deep within the inner workings of the Westworld offices. The secluded workspace is filled with Ford's memories: One of the Host prototypes sits dutifully at a piano, waiting to be activated and a picture of Ford and Arnold rests on his desk. But on the wall behind ford is a collage of dozens of Host faces, chronicling, perhaps, the physical evolution of the animatrons' aesthetics. Does the wall look familiar? It should, because it's eerily similar to Game of Thrones' Hall of Faces, a mysterious and dark chamber that houses skinned faces of the dead.

Logan's pin looks like the Hand of the King

In episode 9, "The Well-Tempered Clavier," William and Dolores are once again at the mercy of Logan, who seems intent on shocking his soon-to-be brother-in-law out of love with his robo-romantic interest. After Logan disembowels Dolores, William ends up going all Hannibal Lecter on the nearby Hosts, but amid the chaos and bloodshed there's one glaring Game of Thrones easter egg we couldn't help but spot: Logan's pin. While it's not a direct replica of Game of Thrones' Hand of the King pin, its finger-like pattern does bare a striking resemblance.

The Wyatt storyline remained a mystery for the majority of the season, with Westworld only offering brief glimpses of Dolores' timeline and the massacre of Hosts. It's not until the season finale that we finally get a complete explanation of why Dolores laid waist to the park's entire Host population, and in one of the scenes we get another brief look at the lone wolf roaming through the bloody aftermath. Was that Ghost, the fiercely loyal direwolf pup raised by Jon Snow? In Westworld, pretty much anything is possible, so we're not ruling it out.

Did you see any other Game of Thrones easter eggs during the first season of Westworld?