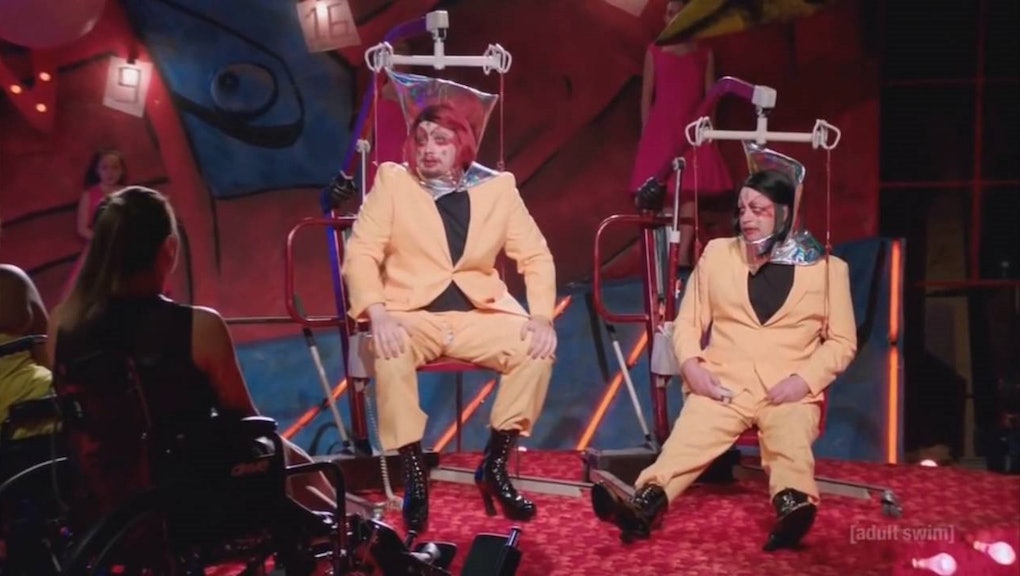 The series first drew scrutiny due to Hyde's close association with the alt-right, a loosely organized and mostly digital collective of far-right activists and white nationalists, which became nationally prominent during Republican President-elect Donald Trump's electoral campaign. In subsequent investigations, BuzzFeed reported in November, "the Adult Swim standards department repeatedly found coded racist messages in the show, including swastikas, which were removed ahead of broadcast."

The controversy, along with the network's track record of hiring almost no female creators, spurred comedian Brett Gelman to leave the network in November, according to Splitsider.

The cancellation means Million Dollar Extreme's first six-episode season, which aired over the summer, will be the last unless the show's creators find another patron.

As the Atlantic reported in November, where Hyde seemed to differ from other "anti-comedy" creators who shock audiences and subvert their expectations is intent: Sketches on the show regularly featured seeming misogynistic and racist messages, including Hyde in blackface.