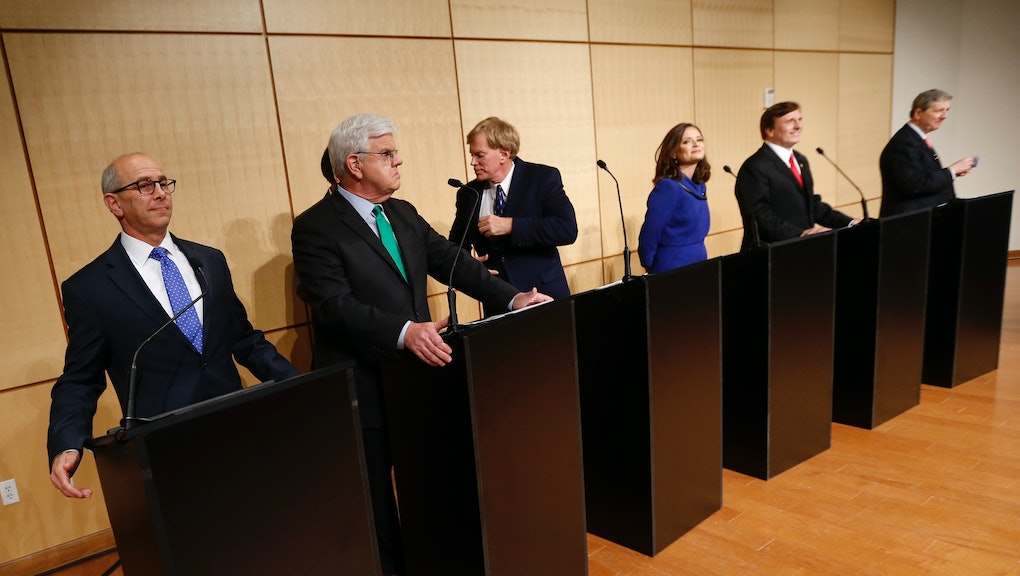 Louisiana Senate Race: There's one more election you need to know about

The 2016 general election season is still not over. No, it has nothing to do with the recounts being waged in Wisconsin, Michigan and (maybe?) Pennsylvania. There's still one more U.S. Senate race that has yet to be won.

Louisiana has runoff election voting for its Senate seats. That means, if no candidate more than 50% of the vote during the general election, the race goes to a runoff between the two contenders who had the highest vote totals on election day.

The runoff  is set to commence this Saturday, Dec. 10, and will finally bring an official end to the 2016 general election campaign. The candidates are Democrat Foster Campbell, a 69-year-old cattle rancher, and current state Treasurer John Kennedy, and the winner could significantly affect the balance of power in the Senate.

Who are the candidates?

Republican John Kennedy is the Louisiana state treasurer. He is charged with the task of managing the state's funds, and is responsible for providing a means for residents to collect unclaimed property. He has additional responsibilities as well, including the actual disbursing of funds to communities in the state that require them and ensuring the state's budget is being spent in a wise and proper manner.

Why this election matters

Analysts are predicting a win for Republican John Kennedy. But with Republican Donald Trump's unexpected win in the presidential election over Democratic candidate Hillary Clinton, some added attention has been given to the contest between Kennedy and Campbell.

Republicans already have a majority in the U.S. Senate, but it's a smaller number than they'd like to see. Every Senate victory is key to prevent possible crossover votes in the chamber — Democrats currently have 48 seats compared to 51 Republicans. If the Democrats add one more seat to their totals, they would only need two members of the GOP to side with them in order to prevent legislation from passing.

With such high stakes, donations from across the country are filling Foster Campbell's campaign coffers. Yet Campbell will have to overcome some pretty high odds: Polling from last Thursday shows he's trailing Kennedy by a 14-point margin.

Louisiana's election system is called an open primary (sometimes called a jungle primary). The state doesn't have a traditional primary for races like Senate or governor, where Democrats and Republicans choose their respective candidates for the general election. Instead, everyone who wants to run does so in one large group on Election Day in November. Several Democrats, Republicans, third party candidates and independents all go up against each other.

If one candidate is able to win with a majority of votes in the first round, they win the election outright and there is no need for a runoff. But if no candidate wins a majority in the first round, the top two winners of the open primary face off against one another. Kennedy received 25% of the vote on Nov. 8 — good for first place among the crowded field, but not enough to avoid a runoff. Campbell came in second with 17% of the vote.

This year there were 24 candidates up for consideration, including former Ku Klux Klan grand wizard David Duke, who received 3.4% of the overall vote total.