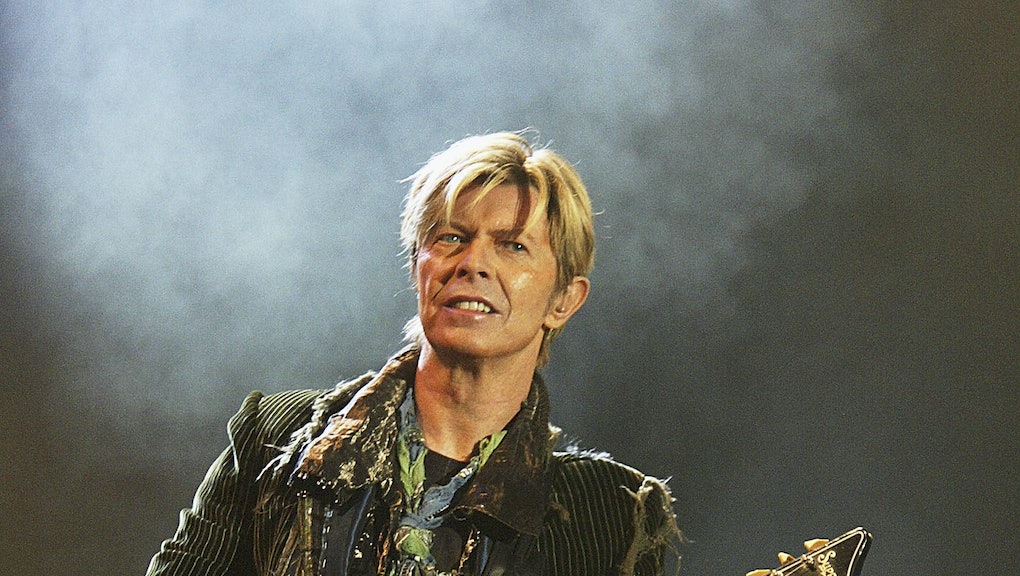 Why was David Bowie's 'Blackstar' not nominated for the album of the year Grammy?

There were several surprises in the top Grammy categories when Meghan Trainor announced nominations Tuesday on CBS This Morning. Where is Kanye West's The Life of Pablo? Where is Rihanna's Anti?

Perhaps most shocking: Where is David Bowie?

The artist, who died in January, was eligible for album of the year for his final record Blackstar. And indeed, the album was nominated for other Grammys this year. But voters failed to recognize Bowie for their highest honor.

There are a couple of different explanations for why Bowie didn't receive a posthumous album of the year nomination. The actual nominations skewed fairly young — Adele, Beyoncé, Justin Bieber, Drake and Sturgill Simpson — and voters might have just not been in the mood for legacy musicians this year. The album was also released several months ago, so it may have been a victim of recency bias.

Regardless of the reason, however, it's likely disappointing for fans that Bowie won't have one last tribute paid to him at the Grammys in the form of an album of the year win. His legacy, however, will surely live on.