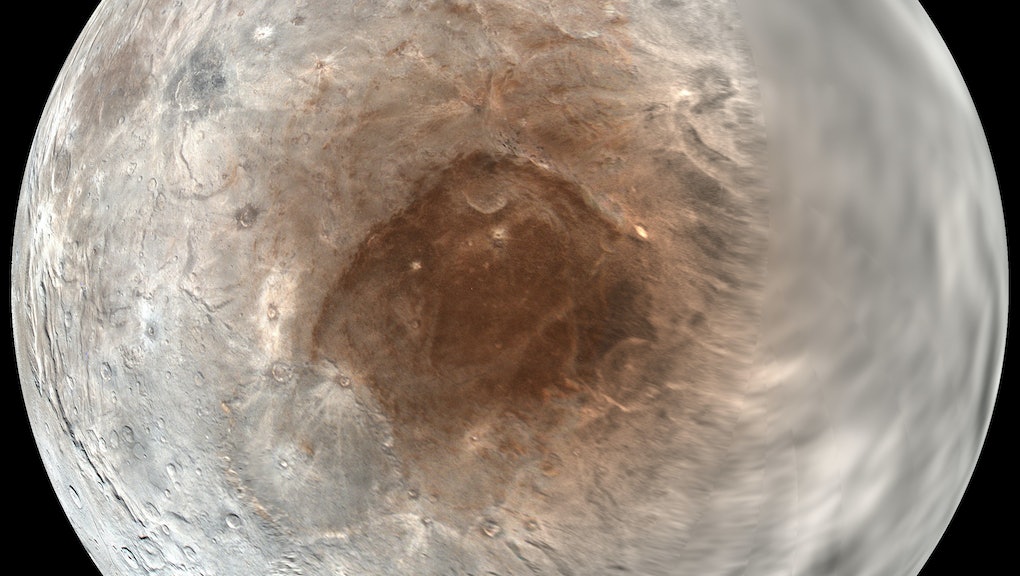 Could there be life on Pluto? Scientists are now thinking it's possible.

Pluto, everyone's favorite former-planet-turned-dwarf-planet, may be able to support some form of life, according to new data from NASA's New Horizons probe.

In a paper published in the most recent issue of Nature, a team of researchers led by James Keane of the University of Arizona suggest the possibility that Pluto is home to a slushy, water-based ocean that could potentially be inhabitable for certain microbes.

In a separate study, published in the same issue of Nature, scientists led by University of California Santa Cruz professor Francis Nimmo, claim an ocean exists below the dwarf planet's surface. And while that ocean would not be conducive to life as we know it (as Washington University in St Louis professor and study co-author William McKinnon told Phys.org, that water would be "very cold, salty and very ammonia rich — almost a syrup") it could be capable of supporting other life forms.

"It raises the question of whether some truly novel life forms could exist in these exotic, cold liquids," McKinnon told the Christian Science Monitor.

Along with computer modeling, the foundation of the studies in question was data collected by NASA's New Horizons space probe.

Originally launched in 2006 as part of the New Frontiers program, last year the probe became the first spacecraft to explore Pluto. It revealed that the dwarf planet — discovered in 1930 — was far more complex than previously believed and home to the largest known glacier in the solar system.

Don't get too excited, though.

Not only are scientists hypothesizing about the existence of life. According to the studies, they aren't even sure those subsurface oceans exist.

Scientists believe the subsurface ocean was formed when a large Kuiper Belt Object collided with Pluto, adding so much weight that the dwarf planet shifted its position in space.

But another recent study by University of Maryland's Douglas Hamilton calls that theory into question, essentially contending that the shift may have been possible without an ocean, thanks to layers of nitrogen ice.

Scientists have recently been exploring the possibility of novel, non-carbon-based life forms. In November, the Los Angeles Times reported that researchers at California Institute of Technology were able to create silicon-based bonds in microbes, suggesting it is possible that novel life forms may indeed exist on other planets.

For now, an ocean and life on Pluto remain "inferences, not direct detections," according to McKinnon, who is calling for more research.