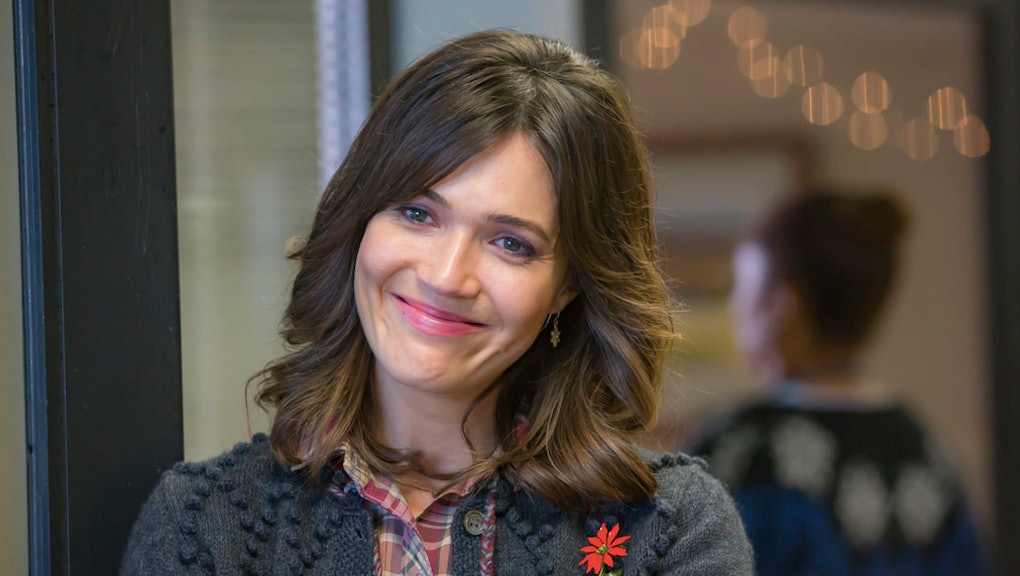 Getting into the spirit of the season, Mandy Moore gave fans a sneak peek of the This Is Us Christmas episode on Instagram Monday.

Moore captioned the clip of an illuminated front yard with, "Tomorrow it's Christmas on #ThisIsUs and we really got into the holiday spirit, right @chrissymetz?" Metz plays Kate Pearson, the daughter of Moore's character, Rebecca.

When This Is Us last left off in episode nine, titled "The Trip," the Pearson siblings took one final visit to their mother's cabin. Randall (Sterling K. Brown) mulled over his childhood and accidentally took mushrooms. Viewers also learned more about the letter to William (Ron Cephas Jones) that was introduced in the Thanksgiving episode (which TV Guide said turned a perfect Pearson turkey day into "a nightmare.")

NBC has teased the fall finale with the line, "This Christmas could change the Pearson family forever." The synopsis (via TV Guide) reveals episode 10 will feature a flashback of the Pearsons in the hospital on Christmas Eve. Kate gets appendicitis, and they stumble upon Dr. K alone. In the present, Kate moves closer to getting her life-changing surgery, Kevin and Sloane celebrate Hanukkah and a person from William's past pops up. The cast and creator will appear in a special conversation about the episode on the NBC app after the fall finale airs.

Catch the fall finale of This Is Us on NBC on Tuesday at 9 p.m. Eastern.