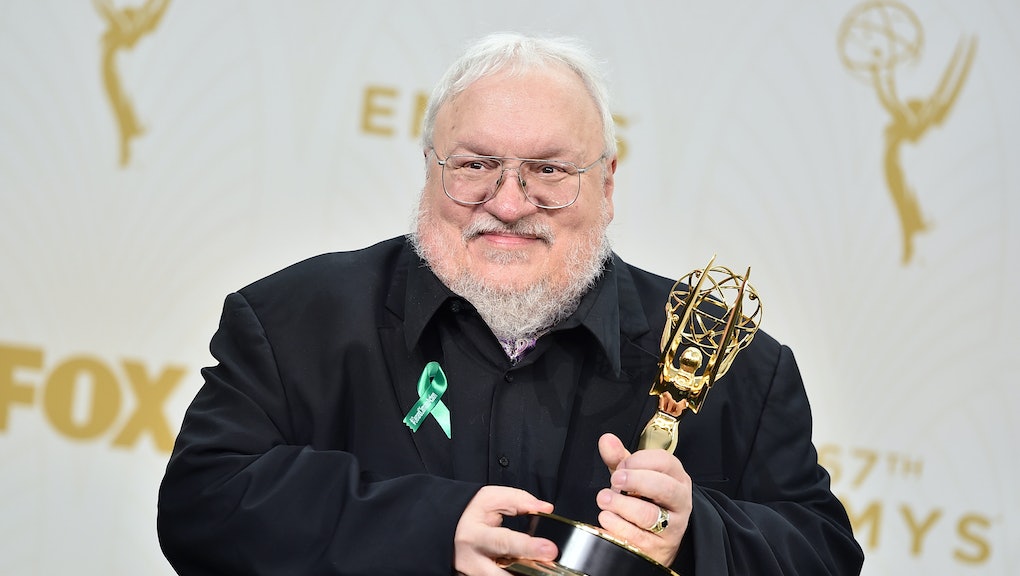 While HBO's newest hit series, Westworld, just completed its first season, the network's crown jewel is still Game of Thrones, which is based off A Song of Ice and Fire, a series of epic novels by author George R.R. Martin.

The sixth season of Game of Thrones was the first in the series to largely consist of original content. This, of course, is because Martin has been working on the sixth book in his A Song of Ice and Fire series, The Winds of Winter, for quite some time now.

It has now been over five years since the release of the last book in the series, A Dance with Dragons, and fans are no doubt becoming impatient as they wait to read what Martin has in store for the various inhabitants of Westeros.

According to Entertainment Weekly, Martin recently spoke with fans during a Q&A at the Guadalajara International Book Fair, where he teased what it means now that winter has arrived. Hint: it's not good.

Winter is the time when things die

"There are a lot of dark chapters right now in the book that I'm writing," Martin explained. The author added:

It is called The Winds of Winter, and I've been telling you for 20 years that winter was coming. Winter is the time when things die, and cold and ice and darkness fill the world, so this is not going to be the happy feel-good that people may be hoping for. Some of the characters [are] in very dark places.

To be fair, is anybody really expecting "happy feel-good" at this point? Just saying.

Martin added of storytelling in general that "[i]n any story, the classic structure is, 'Things get worse before they get better,' so things are getting worse for a lot of people."

That is  a terrifying statement from Martin, who has not been known for giving his characters a lot of "better." For an author who is comfortable killing off fan-favorite characters with no mercy, one can only shutter at what he means by "things get worse."

Hopefully Cersei doesn't get her hands on more wildfire. Who are we kidding, Martin's imagination will create something astronomically more dire.

Who needs a happy ending?

As for how the saga will end? "I'm not going to tell you how I'm going to end my book, but I suspect the overall flavor is going to be as much bittersweet as it is happy."

If you have the energy, you can watch the full Q&A below: