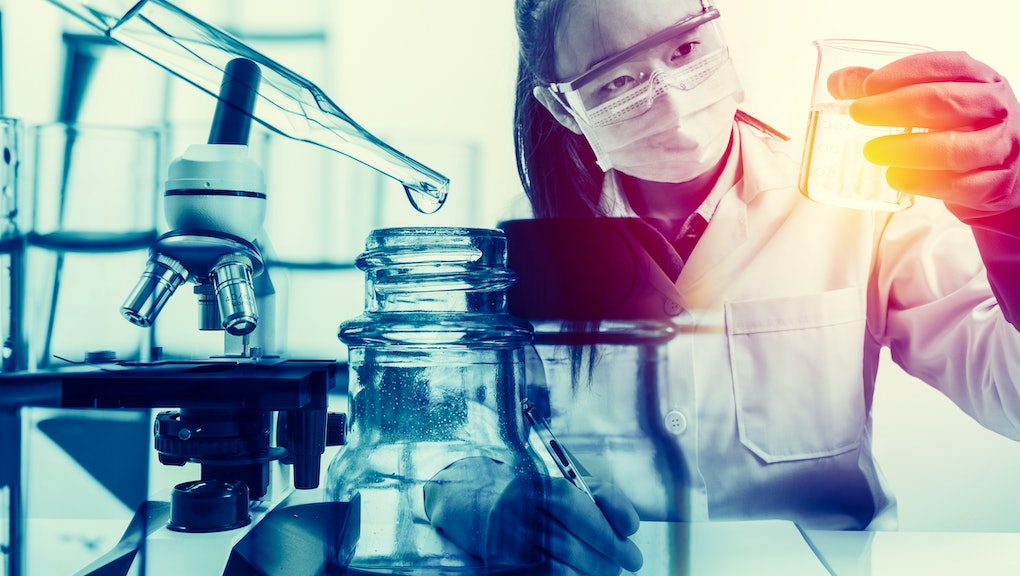 On Sunday night, a gunman entered D.C. pizza restaurant Comet Ping Pong and opened fire. Luckily, no one was harmed. The gunman later claimed to be there to "self-investigate" the fake conspiracy theory known as pizzagate. While pizzagate started as a fringe conspiracy, it rapidly spread to social media platforms like Facebook, Twitter and Reddit with the help of right-wing fake-news sites such as the New Nationalist (which vehemently rejects the label) and the Vigilant Citizen (which recently deleted its article on the topic).

Social media faces a new epidemic of viral hoaxes, and it's putting America's immediate safety and broader democratic process at risk. While Facebook CEO Mark Zuckerberg initially dismissed accusations that fake news on his website swayed the opinions of millions of voters, BuzzFeed reported that a majority of Americans who see fake news believe it. Nearly two-thirds of Facebook's 156 million American monthly active users consume news on the site. Compare that to the number of people who voted this November — an estimated 136 million — and you can see why fake news is a real problem for an election-based government.

Legitimate journalists now find themselves in an uncomfortable position, forced to differentiate the work that they do from the work of the largely unseen fake-news creators, such as the group of teens in Macedonia who are reportedly using their network of pro-Trump hoax sites to turn clicks into cash.

Journalists aren't the first to face this type of problem. Science has its own "fake news" problem — pseudoscience — and the stakes can be equally high.

Snake-oil salesmen have pushed false cures since the dawn of medicine, and now websites like Natural News flood social media with dangerous anti-pharmaceutical, anti-vaccination and anti-GMO pseudoscience that puts millions at risk of contracting preventable illnesses.

The scientific community has attempted to publicly expose these pretenders. The FTC recently came out against homeopathy, an industry that has grown to $1.2 billion in annual sales despite its questionable relationship with actual medicine, and even NASA has felt the need to take a stand against the notably less threatening pseudoscience of astrology.

While the fake news problem feels new, the issue of distinguishing science from pseudoscience is actually very old. It's often called the "demarcation problem," and sites like Facebook would be wise to take a lesson from science's successes and failures.

In the mid-1900s, a group of philosophers known as the logical empiricists proposed a simple solution to the demarcation problem. A statement was only scientific if it could be verified — if you could go out and check that it was true.

Much of what is considered fake news includes no sources and would automatically fail this type of verification process. Among fake news articles that do include these details, the details are often fabricated (for example, the murder of a nonexistent FBI agent) and verification would instantly out them. The website Verification Junkie provides a "directory of tools for verifying, fact-checking and assessing the validity of eyewitness reports and user generated content online."

Verification is one of the cornerstones of the scientific method and evidence-based medicine, and it's not hard to see how the rule could be applied to fake news: check the sources, such as witness or footage, and confirm both that they exist and that the article has been honest in its representation of the material.

Verification can get a little tricky when it comes to anonymous sources. Bret Baier's claims that the Clinton Foundation case was moving toward an indictment were never truly verifiable, because the sources were anonymous and the claims were later admitted to be false. Third-party verification is one of the steps Facebook says it will be taking to prevent the spread of fake news.

Unfortunately, verification has its problems. The 20th-century philosopher Karl Popper pointed out that anyone could make a claim appear scientific by making vague statements and cherry-picking verifiable evidence, pointing to supporters of astrology as prominent offenders. Popper suggested that the key to determining if a claim was scientific was not whether it could be verified, but rather whether it could potentially be shown to be false.

He argued that while astrology could point to a large number of seemingly correct predictions — even a stopped clock is right twice a day — the predictions were so vague that they could always be reinterpreted until they seemed to be true: they were unfalsifiable.

Much like astrology, conspiracy theories masquerading as news tend to be accompanied by many pages of loosely related "evidence" while avoiding making statements that could be definitively disproven. With regard to pizzagate, it's nearly impossible to disprove allegations that an underground child sex trafficking ring is run out of Comet Ping Pong, because any lack of evidence can be explained by a sophisticated cover-up. Popper would've dismissed these allegations completely.

However, falsification doesn't necessarily stop false stories from being published. Business Insider originally reported that Donna Brazile, interim chair of the Democratic National Convention, didn't leak town hall questions to the Clinton campaign, and as new evidence could be discovered proving otherwise, the claim was falsifiable. When additional evidence was released, Business Insider responded by adding an editor's note apologizing for the error. At the very least, falsification ensures that both science and journalism can be self-correcting.

A plan for the future

Not everyone agrees with these solutions, or even the legitimacy of the problem. Anarchist Paul Feyerabend, who died in 1994, believed that differentiating between science and pseudoscience was actually a thinly veiled attempt at delegitimizing dissenting non-scientists.

Despite decades of work attempting to solve the demarcation problem, the most popular climate change story over the last six months was a debunked claim that "tens of thousands of scientists declare climate change a hoax." The fake news problem is more than differentiating between what's news and what's not — it's also about stopping it from spreading. Facebook could take a lesson from the FTC, which now requires homeopathic products to include a label indicating their lack of scientific evidence.

Rather than censoring posts, Facebook could tap into the viral nature of fake news and educate users by spreading warnings and additional useful information in the form of a content label. Facebook suggested they would add such labels to fake news and it was reported screenshots surfaced last week, but the source of the screenshots was discovered to be a browser extension called B.S. Detector. A simple label paired with a link to a fact-checking site like Snopes.com could significantly curb the spread of fake news.

Regardless of what approach Facebook chooses to take, it must take a stand and take it with haste. The site would be wise to heed the advice of philosophers and scientists who have been fighting misinformation for decades, or risk going down in history as the harbingers of a dangerous new era of mass deception.