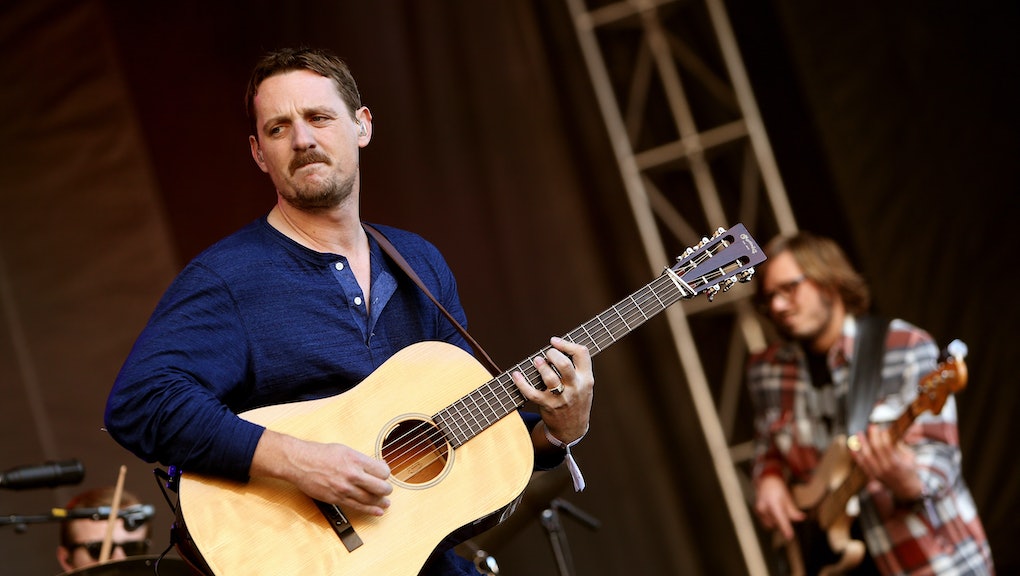 Who is Sturgill Simpson? 6 things to know about the 2017 Grammy nominee

On Tuesday morning, the 2017 Grammy nominations were announced and expected nominees like Adele, Beyoncé and Drake received multiple nominations. But it was Sturgill Simpson who nabbed a nomination for album of the year for A Sailor's Guide to Earth, alongside Adele, Drake, Beyoncé and Justin Bieber, that has everyone talking.

His name may seem odd when paired next to the likes of Drake and Bieber, so here's what you need to know about the Grammy nominee.

Simpson has released a total of three albums so far. His first album, High Top Mountain was released in 2013 and he followed that with Metamodern Sounds in Country Music in 2014. Both were released independently. His third album, 2016's A Sailor's Guide to Earth was his first released under a major label, Atlantic Records, and debuted at #3 on Billboard 200 Albums chart.

Under the "about" section of Simpson's website, he gives an open and honest interview about his musical influences, who he is as an artist and why he doesn't fit a label. On A Sailor's Guide to Earth, Simpson crosses genres and musical stylings, creating his own sound; he combines soul, old-school rock and country, of course. He wanted the album to be a musical journey, as his own musical tastes vary across the board.

3. His sophomore album was a big deal

His sophomore album, Metamodern Sounds In Country Music, was a critical darling, earning praise across the board and appearing on both Rolling Stone's and NPR's best lists of best albums of 2014. The album also earned him his first Grammy nomination in 2015.

4. Don't call him the savior of country music

In an interview with Rolling Stone in 2014, Simpson confessed that he's not sure where he fits in musically. While he straddles the line between country and Americana, don't call him the savior of country music.

"And what does that even really mean? I just try to do what I believe in and, more importantly, wake up in 20 or 30 years and still feel proud," Simpson said. "These records may be the only semblance of who I actually was someday."

5. He was enlisted in the U.S. Navy as a teenager

For A Sailor's Guide to Earth, an album dripping in the feeling of yearning, he drew inspiration from his life on the road touring over the years, but also drew from his experiences in the U.S. Navy. He reveals on his website that as a teenager, Simpson was shipped out to basic training mere weeks after graduating from high school, spending 90 days at sea.

6. His cover of Nirvana's "In Bloom" is really good

Simpson's cover of Nirvana's "In Bloom" appears on A Sailor's Guide To Earth and he puts his signature twist on the iconic song.