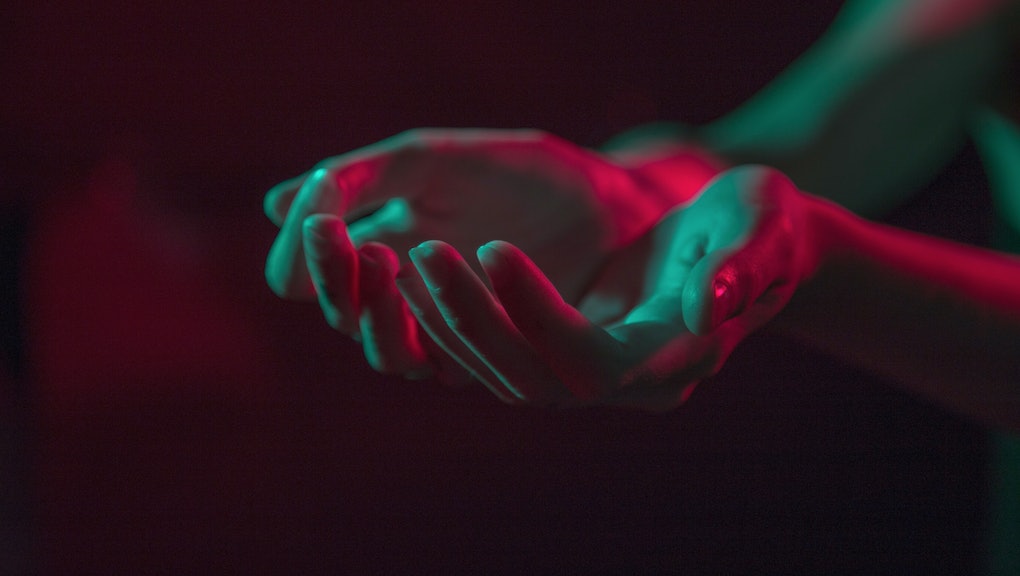 Here's why people keep going to psychics and fortunetellers

On the third floor of a nondescript brownstone in Brooklyn's quiet Park Slope neighborhood, Deb McBride sits at her kitchen table discussing planets in retrograde.

McBride, 52, is an astrologer, and I've come to her well-kept and unassuming apartment to have my chart read. She asks my birthplace, the time and date, and plugs the data into a software program to generate a circular array of mystical symbols that resembles some kind of celestial clock. She tells me I'm an Aries and rising Cancer, with a lot of fire and water but little air.

Translating this into terms I can understand — Myers-Briggs personality archetypes — McBride explains that I'm five years into a seven-year period of dramatic transformation before describing with eerie accuracy my relationship with my parents, the kinds of personal connections I seek out and the ways I try to clear my head at the end of the day.

I walked in a non-believer — but damn, she's good.

And with that, I am now among the 15% of Americans who have admitted to visiting a fortuneteller or psychic. In spite of the fact that claiming to commune with the supernatural realm is widely dismissed as a sham — and is also a class B misdemeanor in New York City that could cost a fortune teller up to $500 in fines — palmists and Tarot card readers occupy storefronts throughout the city and advertise online. And people continue to seek them out: according to a 2016 survey of paranormal beliefs conducted by Chapman University, 14.1% of those surveyed believe astrologers, fortune tellers and psychics can foresee the future and nearly half (46.6%) believe that places can be haunted by spirits.

Indeed, McBride stresses that the people who come to see her "have to be searching and seeking." And at a time when young people are moving away from organized religion and toward a more DIY spirituality, millennials are increasingly among those seekers.

"It's more like a personal spiritual connection than organized religion, so maybe that's why people like it more," said Gloria Norton, 22, in a phone interview. "It's what you make of it." A New York University graduate and one-time devotee of Tarot, Norton likens it to an interest in homeopathic medicines like acupuncture, something she also frequents.

"The readings have nothing to do with religion...[they're] more so in the area of consciousness," said veteran psychic Fahrusha, whose own father is a psychic, in a phone interview. To "augment that perception," Fahrusha uses meditation, palm readings and tarot cards.

Jack James, a Brooklyn-based actor, believes the air of fraudulence or hokeyness that surrounds supernatural spirituality is a media-driven stigma. James, 22, practices yoga, meditates regularly, and has seen a family friend whom he considers his "psychic therapist" for almost nine years. She doesn't practice palm reading or use crystal balls, James said; she helps to guide him through times of doubt or moments when there isn't "a whole lot of harmony between you and your higher self."

There's an intangible "magical element," he added, something these people can see that we ignore or are out of touch with. Although, he laughs, "it's very Disney Channel if you say it like that."

Elena Von Essen, 31, has always been interested in "other worldly knowledge." A New York City-based consultant, Von Essen frequents psychics about once a month to ask about where to invest her money or to screen potential Airbnb tenants.

There's an intangible magical element, something these people can see that we ignore or are out of touch with

"I think a lot of it is just being intuitive or maybe tapping into things that you may know yourself in your soul but you're out of touch with," Von Essen said in a phone interview.  She recalls one instance when her psychic suddenly canceled their session because she had a bad feeling. As it turned out, there was a fire on the street Von Essen would have traveled to get to the psychic.

"Of all the crazy stuff that's going on in the world...[people] realize that the answers aren't necessarily in front of them," said Jason Mizrahi.

Mizrahi's father opened Original Products Botanica in the Bronx in 1959. Traditional purveyors of spiritual paraphernalia, botanicas are closely tied to the Hispanic supernaturalism found in voodoo and Santeria. Located in a brightly lit former supermarket, Mizrahi's botanica smells of candle wax and incense. Filled with rows of votives, scented oils, colorful herb bundles, holy water and love potions, Original Products Botanica offers mystical solutions (or hexes) to any problem you could possibly have.

Even if it is a scam, it's just an interesting way to look at your life

In Gorge Obba's experience, those problems are usually about "anything that has to do with love." The son of a Catholic mother and spiritualist father, Obba came to New York City from Puerto Rico and joined the spiritualist community. He now reads Tarot cards at the botanica and has noticed more and more young people among the elderly women that dominate his client base.

While McBride sees clients of all ages, she's noticed that young people come mainly for a particular drama, such as relationships or family issues. "It can get pretty specific as far as astrology goes," McBride said. "I can get right to something immediately. A therapist has to get to know you, hear your story."

Norton believes Tarot card reading and the like have helped her to analyze her relationships with different people. Often, she was surprised at how accurately the reader would talk about their personality traits and motives. "It can kind of give hope to some people that things are gonna work out," she said. "Even if it is a scam, it's just an interesting way to look at your life in a different way and [be] introspective."

And if you're still skeptical, says Fahrusha, nothing will convince you anyway: "If you don't believe something is possible then it won't be possible."