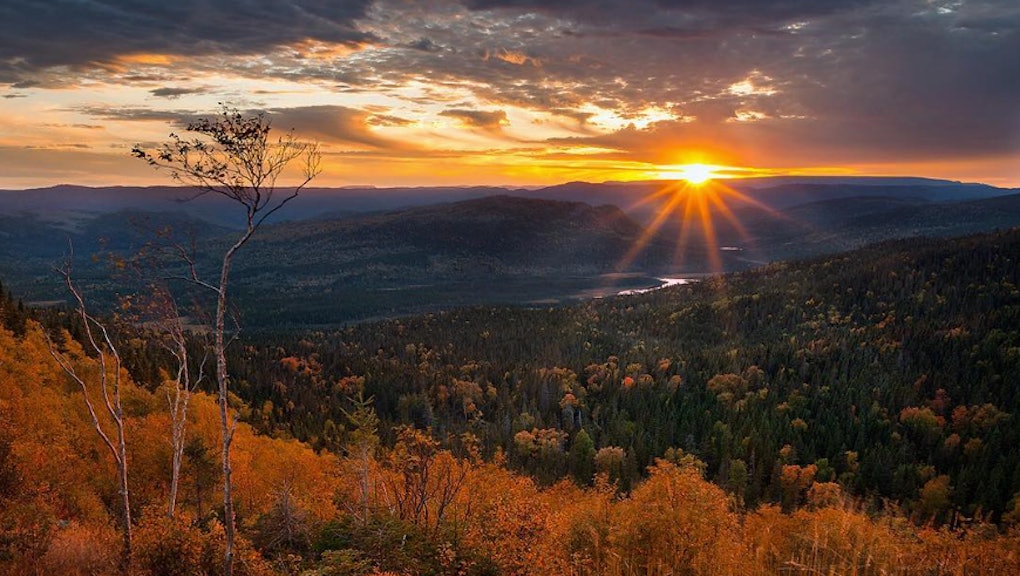 Newfoundland is hardly new: Travel through 9,000 years of scenic beauty

When German philosopher Immanuel Kant described the sublime as the almost painful attempt to understand the beauty of nature, he might as well have been talking about the Canadian province of Newfoundland and Labrador. Located at the easternmost edge of the North American continent, Newfoundland is a sprawling terra incognita sandwiched between Quebec and the North Atlantic. With picturesque landscapes of glittering tundra, rocky coastlines frequented by humpback whales and lush forests with lofty waterfalls, Newfoundland is a photographer's paradise.

Its history is as rich as its scenery and dates back some 9,000 years to when the first groups of marine settlers arrived. Only about half a million people reside in the gigantic province even now, so it remains largely untouched and just waiting to be explored.

Given its latitude, Newfoundland is surrounded by echoes of the Ice Age. Greenlandic glaciers up to 10,000 years old break off and float down Iceberg Alley to Newfoundland's coast. (It was roughly 650 km out in the North Atlantic where the Titanic had its fateful run-in with an iceberg in 1912.)

The best times to view the icebergs are during May and July — and you can actually reach them by boat and kayak. If the massive ice behemoths don't already make you feel tiny, just remember that almost 90% of their bodies remain concealed underwater.

Sunsets over the Atlantic Ocean are spectacular from anywhere on Newfoundland's 29,000-km-long coastline. Keep a lookout for water spouts and splashing flukes — about 22 species of whales, from humpback to blue, feed along Newfoundland's coastline as they migrate during the late spring and summer months. If watching from the shoreline doesn't cut it, diving and snorkeling expeditions can get you up close and personal.

Newfoundland boasts 300 km of hiking trails through 30 communities that are as dramatic as they are remote. The Long Range Mountains will challenge even a seasoned trekker, taking you through inland fjords and 610-meter granite cliffs deep into the UNESCO World Heritage Site Gros Morne National Park. The trek is so wild that park wardens won't give you a permit unless you carry a "caribou collar," a locator beacon to find you in case you get lost.

One section of the park, called "the Tablelands," is distinct for its outcroppings of peridotite, flat, rust-coloured rock made from the Earth's mantle. Thanks to the park's continental drift, Gros Morne is one of the few places in the world where peridotite appears and also happens to be where geologists established tectonic plate theory.

Newfoundland also offers a number of more accessible walking trails and historic footpaths between abandoned fishing villages. You can even find walking festivals — such as Roots, Rants and Roars — where chefs prepare gourmet food along the hiking loop. Take the East Coast Trail for a scenic walk along the rugged coast and scope out its many lighthouses along the shoreline and towering sea stacks carved by wind and waves.

St. John's, Newfoundland's 500-year-old capital city, is full of character and charm with quiet streets lined by quaintly picturesque homes and historic buildings. Quidi Vidi, the capital's "village within a city," embodies the spirit of the fishing village it once was.

Of course, photos can offer only a hint of the sublime. If you want to know what Kant was talking about when he rhapsodized about nature's epic beauty, you'll have to go see Newfoundland for yourself.