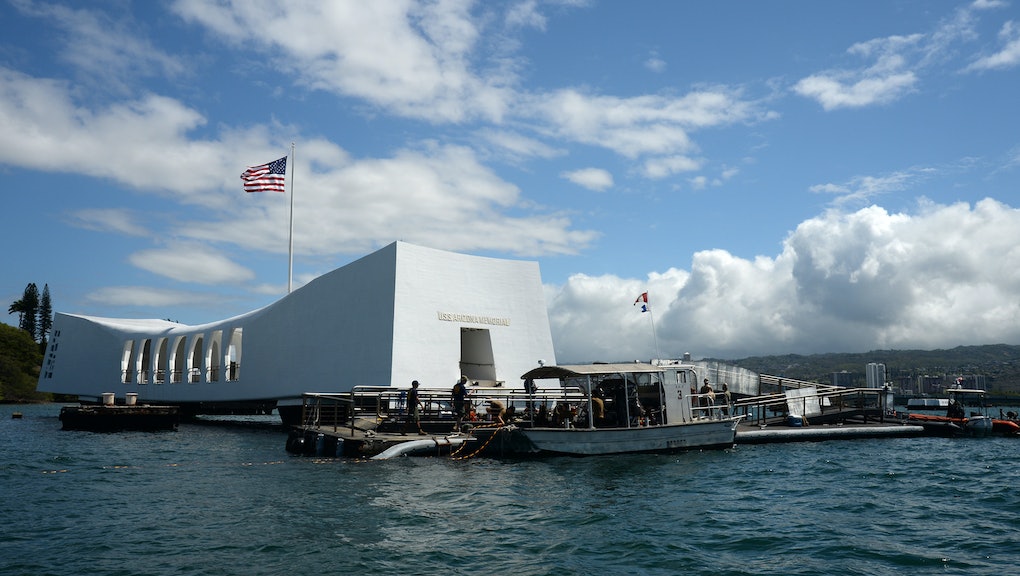 In a speech delivered by then-President Franklin Roosevelt to a joint session of Congress, he proclaimed Dec. 7,  1941, "the date which will live in infamy," as the Imperial Japanese Navy surprisingly attacked the U.S. naval base at Pearl Harbor, Hawaii. Imperial Japanese fighter planes, bombers and torpedo planes damaged eight U.S. Naval battleships, destroyed 188 U.S. aircraft, killed 2,403 Americans and wounded 1,178 others.

Seventy-five years later, the U.S. remembers the attack that jolted Americans and prompted its entry into World War II. As the country delves into the history of the Pearl Harbor bloodbath, here are things you may not have known before:

The USS Arizona battleship was bombed Dec. 7, 1941, killing 1,177 sailors and Marines on board. The ship still remains at the bottom of the Pearl Harbor, and a memorial was built — without touching it — on top of the wreck. According to the National Park Service, the USS Arizona leaks 2 quarts to 9 quarts of oil each day. Oil has been spilled since the 1940s, leading the Environmental Protection Agency to add the Pearl Harbor Naval Complex to the National Priority List of hazardous waste sites.

2. Battleships were not the main target.

3. Pearl Harbor was not the start of the Pacific War.

4. The "Hull note" did not lead to the Japanese attack.

On Nov. 26, 1941, then-Secretary of State Cordell Hull presented a statement — or an "ultimatum," as some historians have called it — to the Japanese requesting the normalization of relations and the withdrawal of Japanese troops from China and Indochina. By the time Cordell issued the "Hull note," the Japanese had already began deploying forces to Pearl Harbor.

Adm. Isoroku Yamamoto, commander in chief of the Japanese combined fleet, orchestrated the plan to destroy the U.S. Pacific fleet at Pearl Harbor, but not everybody supported it. Adm. Osami Nagano of the Imperial Japanese Navy opposed the military tactic because he deemed it too risky for Japanese aircraft carriers. Yamamoto threatened to resign unless the operation received the green light, to which Nagano said, "if he has that much confidence, it's better to let Yamamoto go ahead."