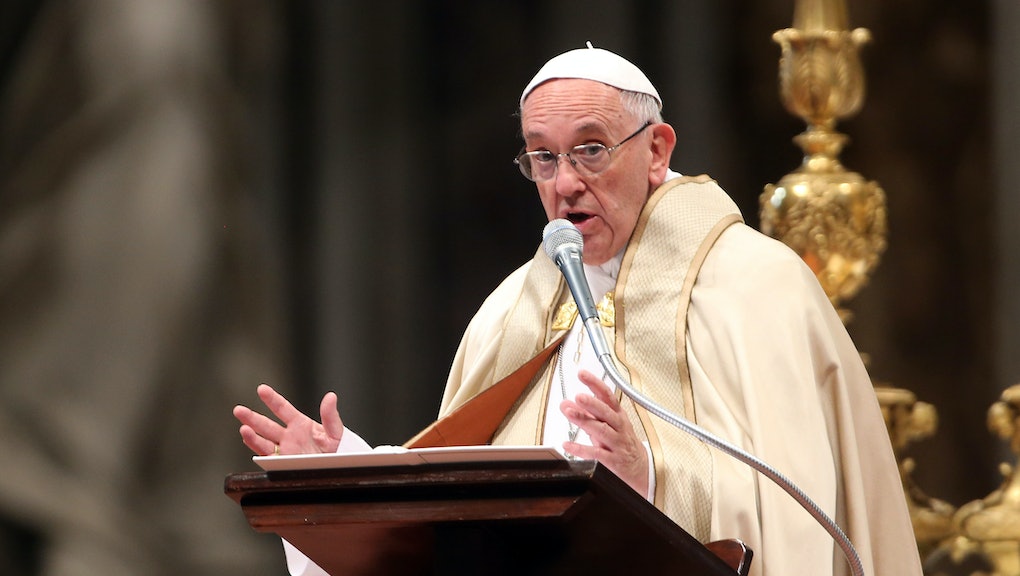 Pope Francis just compared the media industry to coprophilia and coprophagia — the acts of loving and consuming feces — in an intense condemnation of fake news, scandal and smear tactics.

Francis is the latest high-profile figure to weigh in on the fake news controversy, which refers to publishers that take advantage of Facebook's largely hands-off content policy to manipulate gullible readers with bogus stories. Many have argued that conservative-leaning fake news had a hand in swaying the election toward President-elect Donald Trump.

In an interview with the Belgian Catholic publication Tertio, Francis denounced fake news with ferocity, calling disseminating lies "probably the greatest damage that the media can do," according to Reuters, because "it directs opinion in only one direction and omits the other part of the truth."

With colorful language, Francis also warned against the media's focus on "scandals and nasty things."

"I think the media have to be very clear, very transparent, and not fall into ... the sickness of coprophilia," Francis said, referring to sexual arousal to human feces.

"And since people have a tendency toward the sickness of coprophagia" — that is, eating it — "a lot of damage can be done," Francis said.

He excused his harsh wording, but went on to condemn the practice of slandering people, especially politicians, in the press.

"The means of communication have their own temptations," Francis said, according to Reuters. "They can be tempted by slander, and therefore used to slander people, to smear them, this above all in the world of politics. They can be used as means of defamation," and "no one has a right to do this. It is a sin and it is hurtful."