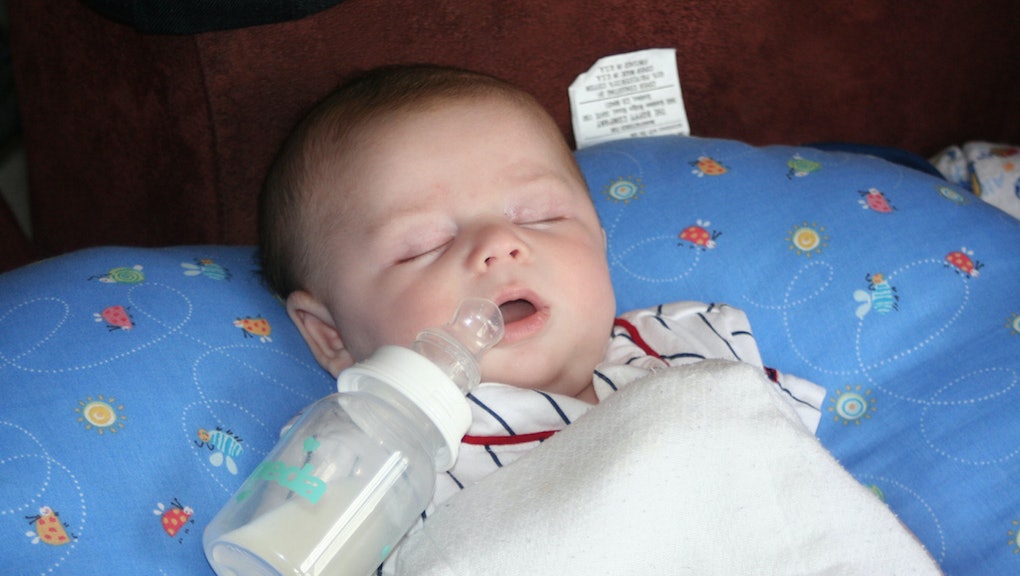 Here's what's causing your holiday food coma, according to science

You know the drill. You're home for the holidays, and there's a food storm brewing in the kitchen. After hours of waiting while irresistible aromas waft into the living room, it's finally time for dinner. Maybe it's turkey, maybe ham or roast beef or even a traditional Italian feast of the seven fishes.

But protein is beside the point. And vegetables? Yeah, right. It's all about the mashed potatoes, stuffings, casseroles, pies and the 15 other variations on the theme of starch — and you have to try them all.

Thirty minutes and several helpings later, you're feeling slow and sluggish. Your eyelids are heavy. You need to change into pants with an elastic waistband.

Congratulations, you just ate yourself into a food coma. Inducted into the Oxford English Dictionary in 2014, a food coma is "a state of sleep or extreme lethargy induced by the consumption of a large amount of food."

There's no point in telling you how to avoid it. (Hint: Don't eat so much.) But as you begin that annual march through a series of parties and dinners, straight through to New Year's Day, science can help you understand what's happening to you and your body as you slip into that netherworld.

The fact is: Holidays are stressful. They're a minefield of emotional triggers — good and bad. Chronic stress can increase your cortisol levels, a hormone that amps up your appetite for high-fat and sugary comfort foods. As a result, we often cope with these difficult feelings by overeating.

At the same time, joyful celebrations also encourage overindulgence — people tend to eat more in social settings than when alone. If you're heading home for the holidays, get ready to nostalgia-binge on childhood favorites.

Skipping other meals and holding out for one massive feast doesn't help (and likely makes you unpleasantly hangry). The larger the meal, the more energy it takes to break it down, said Alyssa Tucci, a nutritionist at Compass Nutrition, in a phone interview. When you deprive yourself, you end up feeling ravenous, and your body has to compensate in order to digest the food assault you've just subjected it to. Blood flows to the digestive system, putting less resources to work on other bodily functions — like staying upright and awake.

Other than the quantity, the quality of the food also plays a role in your overwhelming grogginess. Starchy, sugary foods have a high glycemic index, which makes your body release lots of the energy-giving sugar glucose. As your blood-sugar levels increase, your pancreas begins to produce the hormone insulin to help your cells store that energy for later. As a result, the sugar is taken from your bloodstream and your blood sugar levels crash. Just thinking about that spike-and-drop sequence is tiring.

The production of insulin also speeds up the body's processing of tryptophan, an amino acid found in protein-rich foods (and not just turkey). Tryptophan produces the brain chemical serotonin, and a precursor to the sleep-inducing hormone melatonin. And its effects are stronger when paired with carbs — that, says Tucci, is the real culprit.

So, if you can, try aiming for balance — make at least some plate-space for veggies. But if it's too late and you're already listing to one side, Tucci recommends going for a walk to help with digestion. And remember, don't treat every meal like it's your only chance for holiday indulgence.