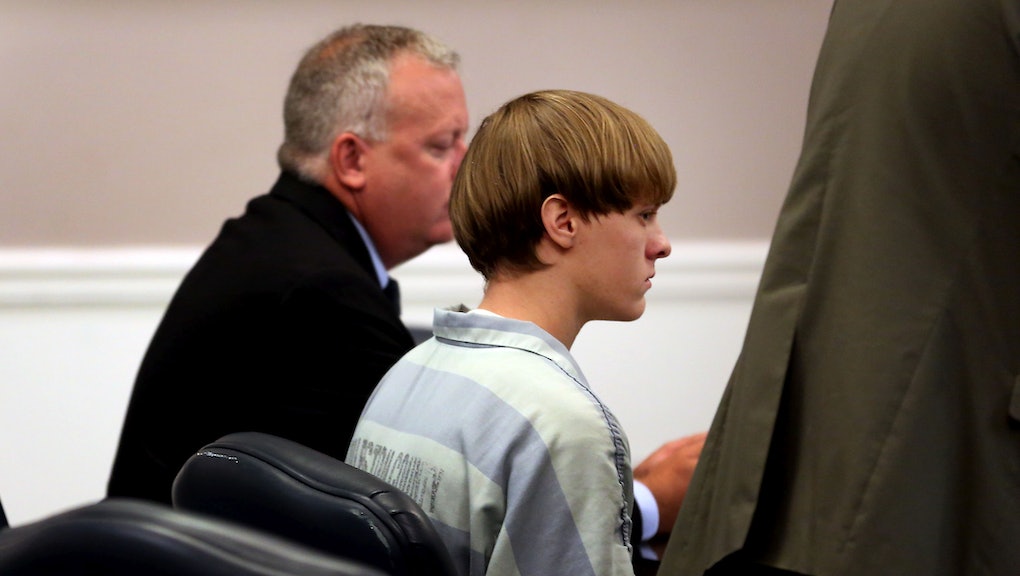 According to NBC News, Bruck said the testimony of one of the survivors of the attack had "members of the prosecution and defense" as well as court personnel crying along with her and called for a mistrial. U.S. District Judge Richard Gergel denied the request.

According to Mic's dispatches from the trial, Thursday's proceedings included equally detailed and graphic evidence for the jury to consider.

First was the video surveillance of the parking lot, the parishioners arriving for Bible study. Next, the jury saw images of the victims' belongings — bibles, notepads, purses — strewn across tables in the church's fellowship hall.

In yet another photo, an open Bible lies next to an emptied magazine clip.

And then came the panoramas: graphic landscapes revealing the victims' lifeless bodies in pools of blood.

Roof faces 33 counts, with 18 having the potential of a death sentence. Bruck told the Associated Press he doesn't have high hopes for the outcome of Roof's case — he expects the jury to find his client guilty.