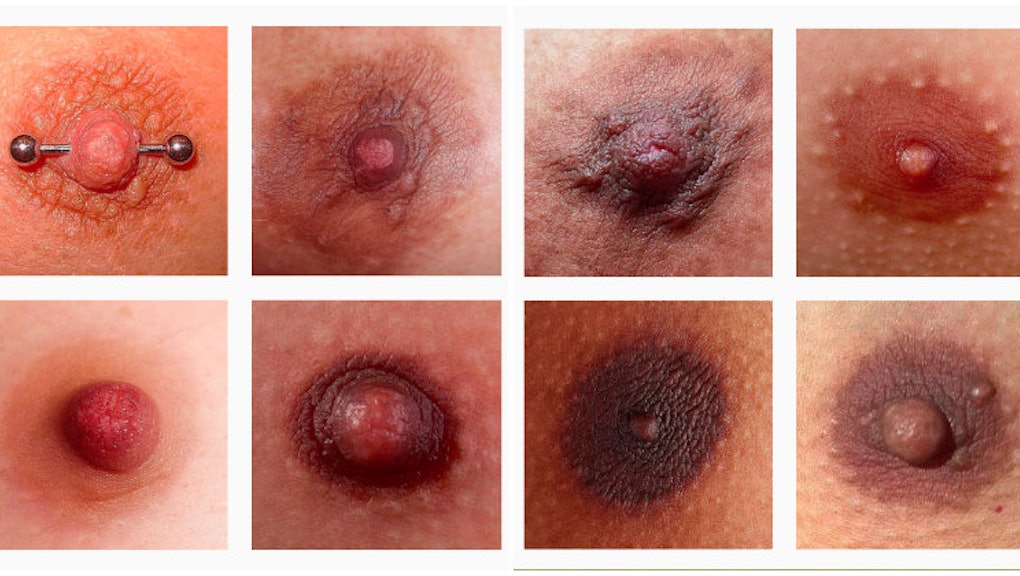 This account proves that Instagram's fight against nipples is totally sexist

When Miley Cyrus showed off one of hers in a black and white portrait, Instagram immediately deleted it. When Chrissy Teigen dared to show just the side of one of hers, Instagram took it down. And when comedian Chelsea Handler showed off both of hers when she posted a video of herself wakeboarding while topless (naturally), Instagram jumped on it as well.

While cleavage and all other aspects of breasts (the sides, the underboob, etc.) are completely chill, Instagram has repeatedly freaked the fuck out over the areolas of the breast — but only if it is on a person who Instagram identifies as a woman.

While celebrities like Zac Efron and Jared Leto and fitness models galore continuously post topless pics of themselves where the nipples are out proud, women are censored.

So to show just how hypocritical — and sexist — this policy is, there is now an Instagram account called @Genderless_Nipples that is literally just zoomed in pictures of nipples on unidentified humans.

What do we learn from this account? Human nipples, whether they are on a person who identifies as a man or woman or whatever else, all look exactly the same. They're all weird and puffy and bumpy and pink or brown.

There is nothing that makes female nipples any different from the others, other than the fact that society has deemed them improper.

"Dear Instagram, why don't you try and figure out which nipples you can and cannot delete? Good luck!" the account wrote on a nipple pic earlier this week.

The account itself was created by three advertising students — Morgan-Lee Wagner, Evelyne Wyss and Marco Russo — who are hard set on fighting for gender equality on social media.

"We want to spark a conversation, get people to discuss with each other and finally get Instagram to listen to our generation's voice," Wyss said in an interview with Mic. "Also we want to show people that a nipple, is just a nipple and it can be so beautiful look at the variety."

According to Wyss, the idea for the project was sparked during, of all things, the election.

"During that period, so many horrible things were said by candidates, and their supporters, about woman rights and gender equality, that we decided even though we're not from the U.S. we feel responsible to do something about it," Wyss, who's from Switzerland, said. "And what better way to start spreading a message of gender equality than pointing out the rules of social networks? The place where we all participate and express ourselves daily."

And it already seems as though Instagram is flummoxed at the account. Just a few days ago, it deleted just one of the nipple pics, and it turned out to be a picture of a man's nipple.

"This proved exactly our point, you can't tell the difference. The policy is out of date it doesn't make any sense," Wyss said. "Social media is about free choice of expression. If people don't want to see female nipples because they feel offended by it then they have the freedom to not look at it. Censoring and banning makes things a lot more difficult for women in this world. Social media is supposed to be a modern platform, it should keep up with society, right now it's behind."

Although the account has been victim to some hacking, with someone deleting the account less than a week ago, it's managed to garner more than 5,000 followers in the past four days.

Clearly, people are into the idea of all nipples, no matter what kind of body they're on, being uncensored, whether Instagram likes that or not.

"We don't wanna start a war, but we want them to realize and address the issue and not just look away and keep deleting photos and accounts," Wyss said.