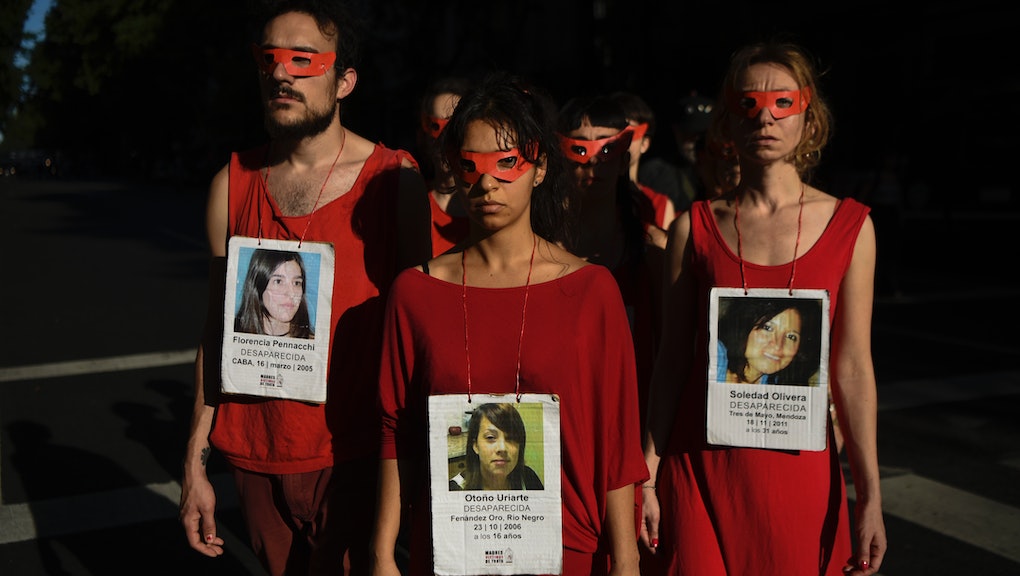 According to Resumen Latinoamericano, the law groups street harassment with crimes that would earn someone a fine of up to $1,000 or community service, terming it a violation of "general dignity" and "physical and moral integrity" based on someone's gender, identity or sexual orientation.

"Some forms of sexual harassment in public are accepted as a traditional part of our culture," Pablo Ferreyra, the legislator responsible for the bill, told the BBC. "That should not be a reason to tolerate this abuse."

The legislation comes in the wake of October's protests sparked by the rape and murder of Lucia Perez, a 16-year-old who was drugged, assaulted and left for dead, prompting multiple strikes, including walkouts from work and marches in which thousands of women dressed in black. They used calls to action like #NiUnaMenos, "not one woman less," and "Basta de feminicidios" — enough killings of women.

According to Women in the World, the problem of femicide is particularly acute in Latin America, where 50% of all murders of women are perpetrated. Femicide, though, goes much further than the simple killing of a woman: The epidemic is characterized by "extreme violence, both during and after the murder," involving victims bodies being "disposed of haphazardly or worse, often ending up ditched in remote fields or even sewage canals," Women in the World reported.

When compared to such gruesome crimes, legislating catcalls may seem like just a drop in the bucket, but nipping sexism at its root is a key step toward ending violence against women.

"It's true that Argentine men feel entitled to deliver a public 'piropo' — literally, a compliment; in practice, any lewd comment or wolf whistle — to any woman of their choosing," wrote Uki Goñi in a June 2015 op-ed for the New York Times.  "What may once have been a tradition of poetic gallantry has degenerated into crude catcalling and aggressive propositioning. Such routine street harassment is widely regarded as socially acceptable, a masculine right even."

Activists calling for a crackdown on the piropos in Argentina faced considerable opposition, especially after Buenos Aires' then-mayor, and current Argentine president, Mauricio Macri, claimed in a 2014 radio interview that all women enjoyed men's catcalls. "I don't believe those who say they don't."

After Wednesday's ruling, men will be punished for their catcalls — whether they're wrong or not.

But the new legislation will only do so much. Critics of the legislation say a $60 fine isn't the key to reforming societal norms.

"The solution has to come from society, it won't come from the state," said Maitena Burundarena, an Argentine cartoonist who creates the comic strip Mujeres Alteradas (Women on the Edge). "Someone has to start teaching the [men] who don't understand it that women are not the property of men."