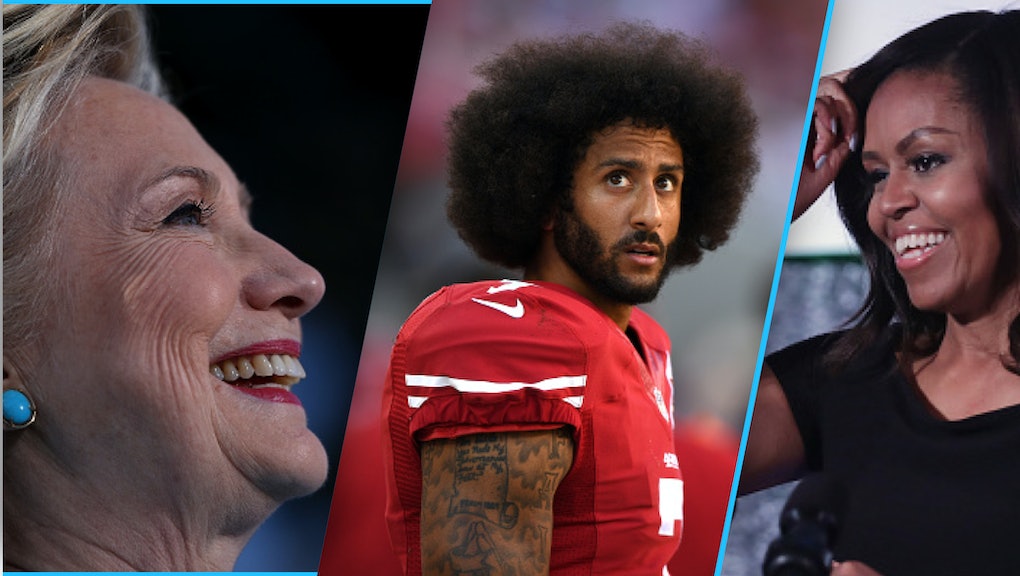 The world lost some of the most beloved and inspiring people: David Bowie, Alan Rickman, Prince, Muhammad Ali, Leonard Cohen, Gwen Ifill and recently, John Glenn. In June, we saw one of the worst mass shootings in U.S. history at the gay nightclub Pulse in Orlando, Florida. The presidential election was one of the most bizarre and psychologically tolling elections in recent history. Donald Trump was elected president despite multiple allegations of sexual assault and despite hateful rhetoric against Muslims, Latinos, refugees and women. In the immediate aftermath of the election, hate crimes against minorities skyrocketed.

However, there is a silver lining. The traumatic moments that defined 2016 brought many Americans together. People stood in solidarity with LGBTQ communities after the Pulse shooting and marched in the streets to protest the election results. Women across the country mobilized and inspired a generation of young girls to aspire to be the next president of the United States. A coalition of activists and celebrities united with Native Americans on the Standing Rock Sioux reservation and proved that peaceful protests can overcome injustices implemented by big corporations and governments.

There are many lessons to be learned from 2016. Thankfully, there's a plethora of quotes that can and should empower us in 2017:

That is what Barack and I think about every day as we try to guide and protect our girls through the challenges of this unusual life in the spotlight — how we urge them to ignore those who question their father's citizenship or faith. How we insist that the hateful language they hear from public figures on TV does not represent the true spirit of this country. How we explain that when someone is cruel or acts like a bully, you don't stoop to their level — no, our motto is, when they go low, we go high.

I'm not the next Usain Bolt or Michael Phelps. I'm the first Simone Biles.

This is not something that I am going to run by anybody. I am not looking for approval. I have to stand up for people that are oppressed. ... If they take football away, my endorsements from me, I know that I stood up for what is right.

This is the Muhammad Ali who inspires us today — the man who believes real success comes when we rise after we fall; who has shown us that through undying faith and steadfast love, each of us can make this world a better place.

Now, I know we have still not shattered that highest and hardest glass ceiling but some day someone will and hopefully sooner than we might think right now. And to all of the little girls who are watching this, never doubt that you are valuable and powerful and deserving of every chance and opportunity in the world to pursue and achieve your own dreams.

Yesterday would have been young Tamir Rice's 14th birthday. So I don't want to hear any more about how far we've come when paid public servants can pull a drive-by on a 12-year-old playing alone in a park in broad daylight, killing him on television and going home to make a sandwich.