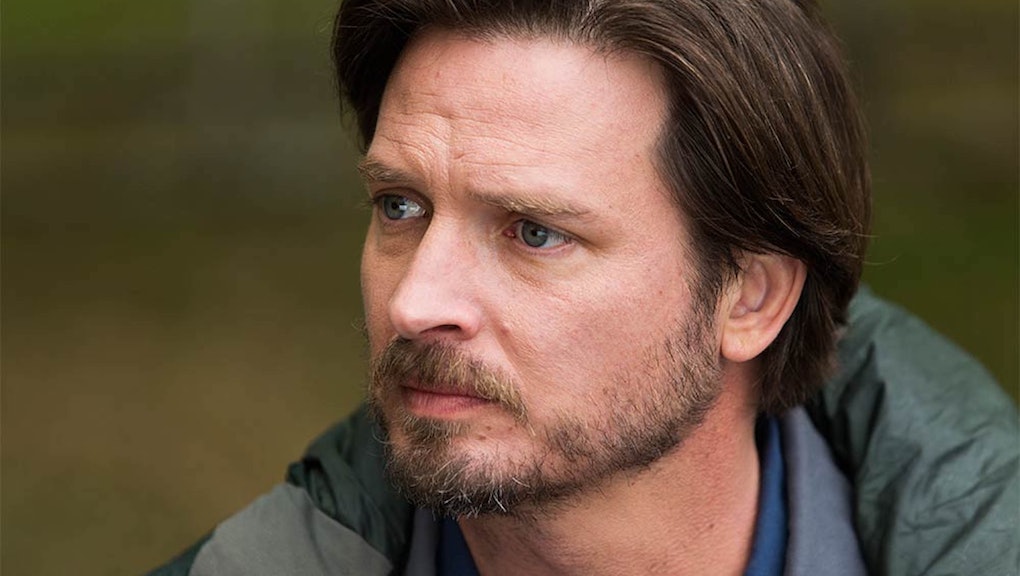 Rectify hits like a great collection of poems, or even a Flannery O'Connor story if O'Connor's southern gothic tales were about good-natured people doing their absolute best to live in a world replete with tragedy and trauma. The drama series, which airs its final episode on Dec. 14, has been one of TV's most thoughtful, nuanced and sincere entries since it first premiered in 2013. It's too bad that, over its four seasons, nobody ever watched it.

Created by Ray McKinnon, Rectify has been a critical wonder from its outset. "With its skewed insights into carceral cruelty, Rectify took the slot that The Wire used to occupy: it's the smart crime drama whose fans have trouble persuading others to watch, because it sounds too grim — or maybe too good for you," the New Yorker's Emily Nussbaum wrote. And Matt Zoller Seitz of Vulture hailed it as being "among the most radical storytelling on TV."

But throughout its run, the Sundance Channel series averaged fewer than 350,000 viewers an episode, which is maybe why it never got awards recognition. That could also be why not enough people tuned in, which is why it deserves a eulogy that will not only guarantee its legacy amongst our current era of "peak TV" but will — in the future — capture the hearts of viewers in search of a stirring and reflective piece of art about faith, self-discovery and, perhaps most powerfully, about self-care.

Rectify opens with Daniel Holden (Aden Young), a man who has spent 19 years on death row after being convicted of raping and murdering his 16-year-old girlfriend Hanna Dean. However, modern technology and a DNA test complicated the case against Daniel, whose sperm was not present among the samples collected, and his sentence is vacated. He's allowed to return to his home in Paulie, Georgia, to his mother Janet, his sister Amantha, Janet's new husband Ted, their son Jared, Ted's son from his first marriage Ted "Teddy" Jr. and Teddy's wife Tawney.

But the excitement over Daniel's return is soon quashed when his family quickly sees how prison has changed him. Years in solitary, waiting for his death, have left him irreparably damaged. He no longer knows how to love or be loved, and the question of his innocence almost becomes secondary to McKinnon, who is more interested in interrogating Daniel's interior — how he feels about himself after spending most of his life a prisoner.

As the drama's title suggests, Rectify is a show about healing and correcting wrongs. For Amantha, this means cultivating a life of her own after spending so much of it fighting for her brother. She's been hardened by the way the people of Paulie perceive her and her family, and after she realizes that she can't fix her brother, Amantha ends up taking a job at a local convenience store. By season four McKinnon presents Amantha's work as something that's completely her own, fulfilling and empowering, an identity independent of her brother's.

Tawney, a deeply religious woman who never knew her family, discovers that her marriage to Teddy may not be exactly what she wants, and that her faith may not be exactly as strong as she thought. She is determined to find her purpose. And Teddy, the comic force of Rectify, struggles between keeping up his performance of the sleazy, gun-wielding, hard-drinking Southern gentleman and tapping into the depth he possesses and the deep loneliness he feels as he loses the attention of his wife and family to the stepbrother he never knew.

Rectify is always an earnest and warm portrayal of the South, of religion, of a community we don't often see on TV. These aren't Manhattanites or city-dwellers or particularly well-educated individuals, but they are complicated, troubled and deeply human in a way that feels rare.

I've been amazed at times that in some incarnations of Southern stories, all the Southerners lack a sense of humor about themselves. That's not the world I grew up in. So I enjoyed these characters having a sense of absurdity. If you look deeply into any culture, you're going to find complexity. I think the South has been one that's just easier for some people who are lazier, or don't care to look deeper, to paint with a broad stroke.

Ultimately, Rectify always comes back to Daniel, an existential antihero who must decide whether his life is worth living. He never asserts his innocence and spends his free days drifting sleepily through Paulie, offering up occasional musings on the purpose of life to a stranger or an uncomfortable member of his family. We see flashes of his time in prison, and by the series closes, we learn the true horrors of Daniel's time behind bars (another project Rectify takes on is to show the depravity of the criminal justice system). We come to understand how an 18-year-old Daniel may have become the fall person for a much greater crime.

But his journey towards clarity is a rough one. At the end of season one, Daniel is brutally beaten and almost murdered by Hanna Dean's brother and his lynch mob. Seasons two and three see him attacking Teddy, forging an almost-romantic relationship with Tawney and, in order to avoid prison time, agree to admit that he murdered Hanna with the condition that he leaves Paulie.

Rectify takes its time in revealing the cracks in the case against Daniel, the injustices that for years have gone unexplored. We discover that Daniel's confession may have been forced out of him, and final episodes of Rectify reveal how he was lead on by the police, kept in questioning for 10 hours, already assumed to be guilty before other, perhaps more suspicious teenagers, were brought in. Rectify's most enduring message is that the human mind is fragile and malleable. Daniel begins to believe he is guilty, and loses any sense of his own identity because he cannot recall whether or not he committed the crimes he's been told he's committed.

In "A House Divided," the final season premiere, Daniel has relocated to a halfway home in Nashville. He's unable to connect with people — a problem that plagued him back in Paulie — until he has a breakdown and breakthrough. Speaking to one of his counselors, Rectify boils down the central conflict to this. "I don't truly know what I did or didn't do. I can say I am a convicted murderer, which is true. I am convicted," he says, breaking down. "And I can say that I killed her, too... Hanna... which I have said more than once. And I can even imagine that I killed her, which I have imagined, because that's what I've been asked to do multiple times. But I honestly can't say that I did, in fact, kill her. Because I just don't remember, for the life of me."

Despite his trauma, the likelihood that he'll never be a fully functioning member of society, Rectify is not as bleak as it sounds, and is for the most part an optimistic saga about self-betterment, a meditation on the human need to find our place in a chaotic world. It evokes the power of another gone-too-soon series, Mike White's Enlightened, in which Laura Dern plays a woman who has to take time off her job after a manic depressive episode, only to come back and fight for what she needs: respect, acknowledgment, attention, compassion — things everyone needs. And if you give shows like Enlightened and Rectify a chance, there's an immense satisfaction that comes with the undertaking.

While Rectify is reminiscent of O'Connor's work, it also takes a more optimistic spin. In O'Connor's essay, "A Good Man Is Hard to Find," the title operates as a thesis statement. Rectify, on the other hand, shows that it may be hard to be good, but it's the goodness is there — you just have to work to find it.