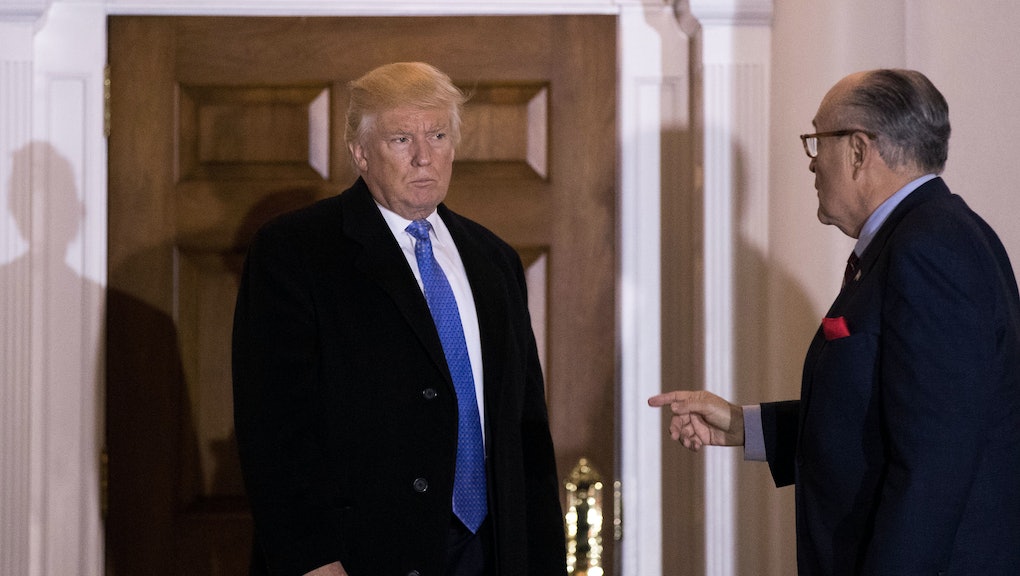 Rudy Giuliani is no longer a contender for Secretary of State

Former New York City Mayor Rudy Giuliani is no longer being considered for the role of secretary of state in President-elect Donald Trump's administration, according to a statement from the Trump transition team Friday, noting Giuliani "removed his name from consideration" during a Nov. 29 meeting.

The former mayor will continue to work in his capacity as vice-chairman of the presidential transition team.

The reason behind the decision remains unknown as of now, but the former mayor had vocal critics on Capitol Hill.

"I think he should not appoint somebody to be in charge of his foreign policy that disagrees with him," Kentucky Sen. Rand Paul said on Nov. 18, referencing Trump and Giuliani's differing positions on the Iraq War, the Hill reported. Paul's seat on the Senate Foreign Relations Committee gives him political influence on such Senate approvals.

ExxonMobil CEO Rex Tillerson is reportedly still in the running for secretary of state.