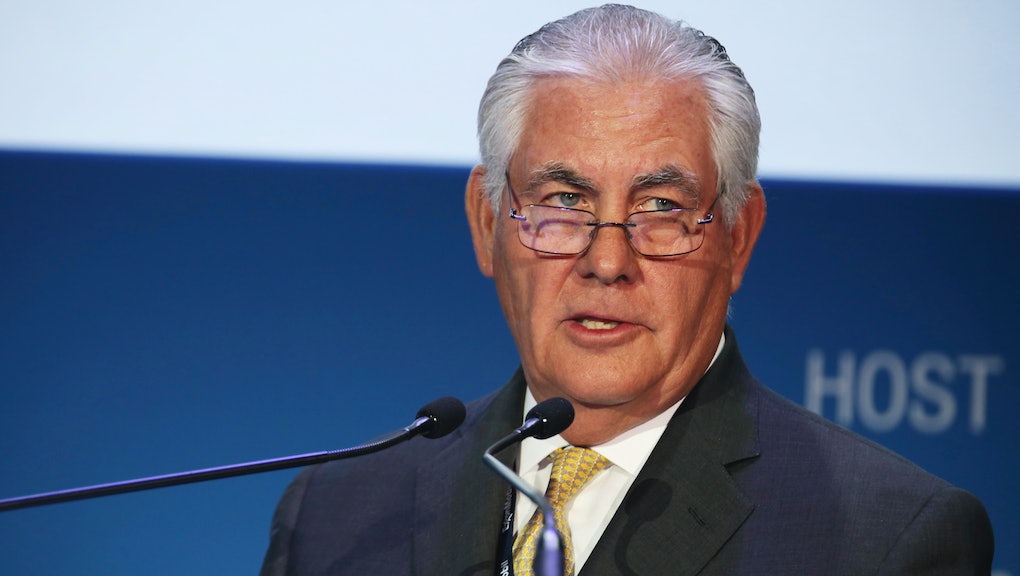 Tillerson and Trump met on Tuesday, according to Reuters. Tillerson appeared to be favored for the position once former New York City mayor Rudy Giuliani pulled his name out of the running for the position. Tillerson was also chosen over 2012 presidential nominee Mitt Romney, who met with Donald Trump twice.

Like Trump, who has an unprecedented number of business conflicts for an incoming president, Tillerson has several business ties to other nations. According to Reuters, Exxon Mobil has operations in over 50 countries.

Tillerson has several ties to Russia as well, according to Reuters. In 2011, Exxon Mobil signed a deal with Russia's largest state-owned oil company, Rosneft. They currently have 10 joint ventures in oil exploration and production in Russia. In 2013, Vladimir Putin awarded Tillerson Russia's Order of Friendship.

On Friday, news broke that Russia may have interfered with the United States election in Trump's favor, via a CIA report.

Tillerson was named to Forbes' 2015 list of the world's most powerful people, coming in at number 25. The CEO was compensated $27.3 million for his work at Exxon Mobil in 2015.