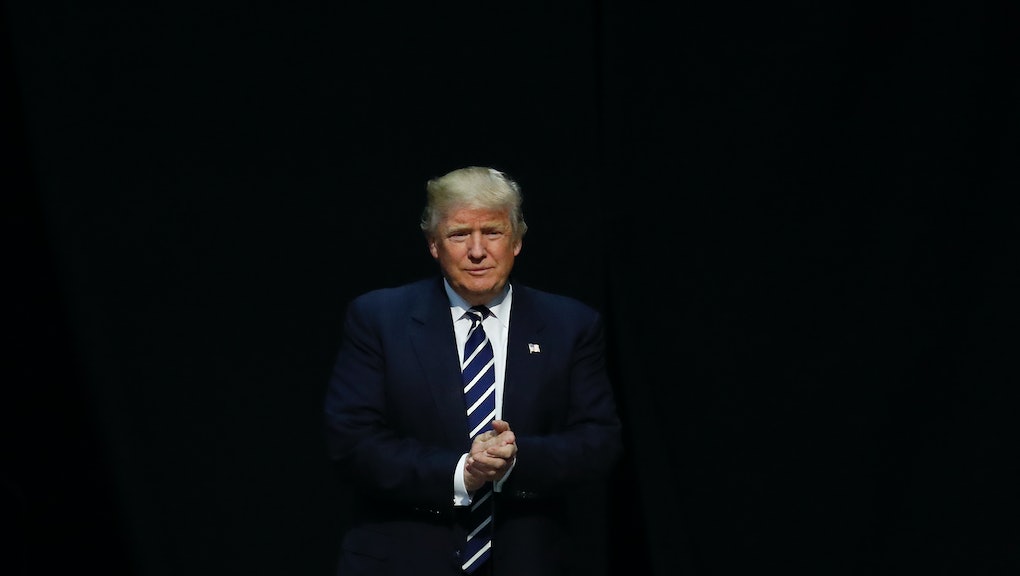 Blaming millennials for Trump — 99 problems but the kids ain't one

Having exhausted a number of storylines blaming others for Trump's victory, the consulting class in Washington, D.C., is now pointing a finger at millennial voters.

"That's why we lost," Hillary Clinton's campaign manager Robby Mook recently pronounced at Harvard's Institute of Politics during a campaign manager event in which he blamed young voters for supporting third party candidates. Similarly, founder of Media Matters for America David Brock expressed his anger at the "disaffected millennials who sat on their hands in the most consequential election of our lives" during the first major gathering of Democratic Party lawmakers since the election, which took place earlier this week.

But while Mook and Brock tried to make millennials the scapegoat for Trump's victory, neither explained the full story. Here is why they are wrong.

If the Clinton campaign is dissatisfied with their level of millennial support, they should take a hard look at where their young voter strategy failed.

Young voters were the only age bracket that Clinton actually won. We need to stop blaming them. Far from sitting on their hands, today's young voters are actively engaged. I saw that first-hand during the Democratic primary, during which my firm worked with Bernie Sanders' campaign. From organizing their friends to show up to rallies en masse, to pitching in $27 at a time, young voters were as active throughout this election cycle as ever. In fact, early general election data suggests young voters turned out to the polls at similar levels to 2012. They just didn't favor Hillary as much as her campaign would have liked.

If the Clinton campaign is dissatisfied with their level of millennial support, they should take a hard look at where their young voter strategy failed.

First, it seemed from the outside as though the campaign took young voters for granted. After the Democratic primary ended, I spoke to Clinton's campaign and a number of their key independent partners about the need to reboot their young voter strategy. My team offered to help — just like Hillary Clinton's team helped then-Sen. Barack Obama after he won their primary in 2008. In reaching out, we met with some of Clinton's biggest Super PAC donors, spoke with the campaign's lawyers and also reached out to Mook, adviser Joel Benenson and others. While I'm not a millennial, my firm Revolution Messaging specializes in youth voter outreach and helped Bernie Sanders win a record share of youth votes in the primary — more than Clinton and Trump combined. I also ran social media, developed young voter materials and assisted with artist and musician outreach for President Obama's record-breaking 2008 campaign. So I was surprised, and very concerned, when Clinton's campaign and their independent coalition leaders all brushed me off. Her team seemed to care little about learning from Sen. Sanders' successes and about how his tactics could be used in the general election.

Second, Clinton never developed a message for young voters — those who are struggling financially, strapped with credit card debt or living back at home, trying to figure out how they'll do better than the generation before them. Yes, Hillary eventually adopted a version of Sen. Sanders' free college plan, albeit weaker. But that was only after months of telling college students that his plan wasn't grounded in reality, that it was too idealistic and irresponsible.

Third, Clinton never talked to millennials in an open and honest way. If there's one thing I've learned about young people, it's that they want politicians to give it to them straight. They also have excellent bullshit detectors. In the age of social media and search engines, candidates can no longer pay lip service to one group and say something completely different to another. Millennials will go online and find the discrepancies. In Clinton's case, she refused to give the obvious and relatable answer as to why she was using a private email server. (She didn't want people reading her personal emails. Just admit it. We get it.) Young voters could sense she was lying and just wanted an honest explanation. Her campaign's penchant for evasion continued again when they tried to sweep aside her pneumonia as a non-issue. Forget the emails and illness, it was the pattern of deceit that became a real issue for millennials.

The campaign's arrogance extended to their digital advertising strategy as well. Throughout the primary, our team was shocked that the Clinton campaign failed to match Bernie Sanders' digital advertising efforts. We hoped that would change in the general election. But the summer was a metaphorical digital desert. Clinton's campaign and her allies spent millions of dollars on television advertising during the Olympics but almost nothing on digital and persuasion advertising to bring Sanders voters into the fold. Additionally, the majority of the campaign's online ads over the summer were focused on email sign-ups, not persuasion. Running ads saying "I'm With Her," "Donate a dollar," or "Enter a chance to have dinner," are not persuasion campaigns. There was no message telling voters why they should join or care. These ads did not build support for Clinton or get her message in front of as many people as possible. That was exactly how Sanders went from polling at 3% to becoming a household name.

Fourth, the campaign relied too heavily on outdated voter engagement methods that are ineffective for millennials. Democrats deployed armies of paid and unpaid canvassers, but young people do not want strangers knocking on their doors. Democratic campaigns have been built on door to door operations, affectionately nicknamed the "ground game"; that was everyone's first job in politics. But canvassing has diminishing returns. People don't know their neighbors or open their doors and talk to strangers like they did in the past. To use a similar analogy in the digital space, MySpace worked great for reaching millennials during the Obama campaign in 2008, but we did not use it for Bernie's campaign this year. Whether on the ground or online, Democrats must keep testing new strategies and constantly evolve as society changes.

Let's be honest, social network posting and commenting is the modern day version of knocking on your friend's door. It is the medium that allows a campaign to begin a conversation with undecided voters, bring them into the discussion and move them up a ladder of engagement. Hillary's outreach efforts should have been focused on establishing real connections wherever they may be, and for young voters, those connections are online.

Fifth, the campaign failed to develop an effective social media strategy. Back in 2012, Mitt Romney's tweets were famously filtered through over 20 staffers. Too often, Clinton's social media presence felt similarly scripted and out-of-touch. The full power of social media is only unleashed when candidates use these platforms to have real conversations and establish emotional connections. But when Clinton's campaign used social media, it too often felt like a bad marketing campaign that fell flat. For example, tweets like "Tell us in three emojis or less ... How does your student loan debt make you feel?" were patronizing and did not show Clinton's empathy.

Finally, the Clinton campaign was patronizing to Bernie Sanders supporters, many of whom were young voters. Clinton once said she felt "sorry for" young Bernie Sanders supporters and claimed they didn't "do their own research." Her surrogates suggested young women were supporting Sanders to meet boys and that there was a "special place in hell" for women who failed to support other women. Similarly, I was in the room when Clinton supporter and CNN contributor Paul Begala told an audience full of millennials in California to fall in line, respect their elders and stop whining.

Campaign 101: No group of voters likes to be yelled at, and scolding is not the right way to gain new supporters. Even after Sen. Sanders graciously encouraged his voters to support Clinton, his supporters were told to control themselves — and worse, that there was something wrong with the passionate young people who protested outside the Democratic convention to discuss issues they cared about, like climate change and ending wars. The campaign assumed young voters had no place to go but Hillary. Instead, they chased after conservatives and distanced themselves from the progressive themes that excited primary voters. They prioritized holding fundraisers with Wall Street executives instead of building large campus events in places like Madison or Ann Arbor.  In turn, many young voters felt left out in the cold.

If Democrats want to get serious about reaching millennials for the 2018 midterms and the 2020 election, we will need to learn lessons from 2016, and quickly. Today's generation of young voters are civic-minded and passionate, and they are the future of the Democratic party and the progressive movement. It's time we started treating them like it. We must retire the party's dinosaurs who still can't see it and do a much better job engaging millennials. Most of all, to borrow from Hillary-backer Jay Z, it's time to recognize that the Clinton campaign had 99 problems, but the kids ain't one.