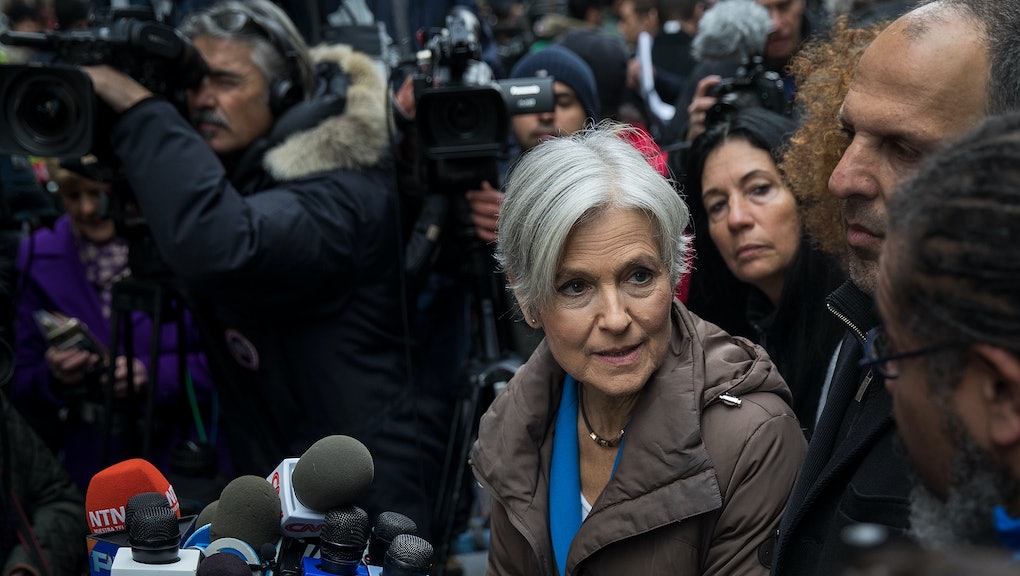 If you donated money to Jill Stein and the Green Party in the hopes that Pennsylvania's vote would be recounted, you may want to ask for your money back.

A federal judge on Monday blocked Stein and the Green Party's recount effort in the Keystone State, which President-elect Donald Trump won by about 44,000 votes, according to the Associated Press.

Lawyers for the Green Party alleged that hackers could have hacked into voting systems to change the outcome. They said Pennsylvania, in particular, was a target for this type of hacking since the state uses paperless voting machines, according to the AP.

A federal judge also halted Stein's recount effort in Michigan, which Trump won by around 10,000 votes.

Stein raised millions for a recount effort in the Rust Belt states of Michigan, Pennsylvania and Wisconsin, which Trump won by narrow margins.

After raising the amount she was seeking in order to pay for the recounts, Stein later said she couldn't "guarantee" all of the funds would go toward those efforts.

It's unclear whether she would issue refunds to those who donated with the specific purpose of a recount.