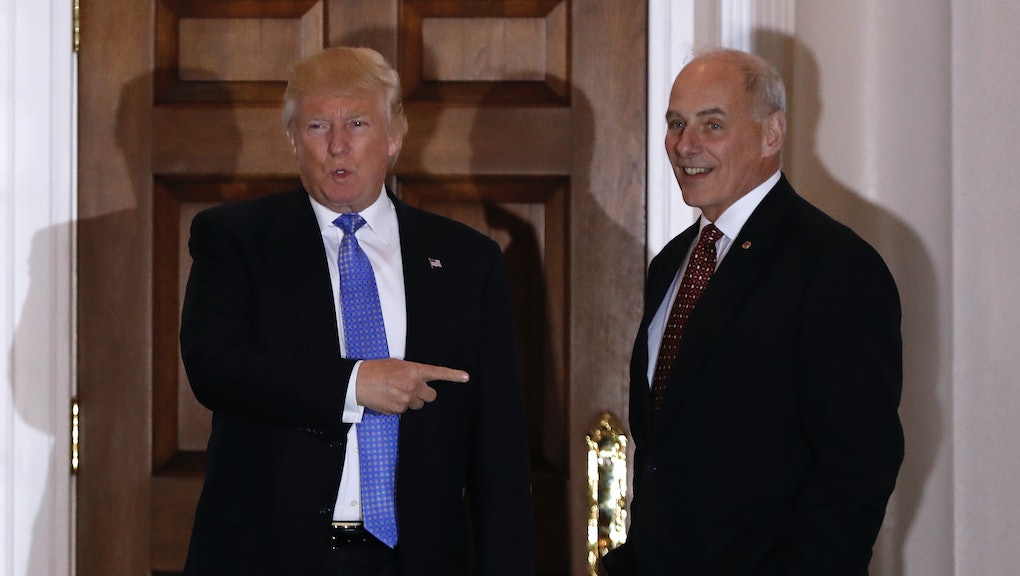 What does the Department of Homeland Security do? Here's what you need to know

The pick, originally revealed last week, was confirmed by the president-elect's transition team Monday morning. Kelly is the third general tapped by Trump for a Cabinet post and is considered by some to be a more moderate choice than some of the other candidates.

What is the purpose of the DHS?

Created in the wake of the Sept. 11 terrorist attacks, the department's mission is to "ensure a homeland that is safe, secure and resilient against terrorism and other hazards."

President George W. Bush signed the Homeland Security Act in 2002, establishing the Cabinet-level department to "[ensure] that our efforts to defend this country are comprehensive and united" and naming Pennsylvania Gov. Tom Ridge as the first Secretary of Homeland Security.

"The new department will analyze threats, will guard our borders and airports, protect our critical infrastructure, and coordinate the response of our nation for future emergencies," Bush said upon signing the legislation.

The department combined 22 federal agencies, creating what's been called the "most substantial reorganization of the federal government agencies since the National Security Act of 1947," which established the CIA. It is responsible for preventing terrorism, managing the nation's borders, enforcing immigration laws, overseeing cybersecurity and responding to natural disasters.

Currently headed by Secretary Jeh Johnson, the department under Kelly will likely play a significant role in Trump's administration. During his campaign, Trump painted a dark portrait of a United States under the constant threat of terrorism, where undocumented immigrants — whom he referred to as drug dealers and rapists — were "pouring" over the border to vote in the Nov. 8 election.

"I am the law and order candidate," Trump said during his speech at the Republican National Convention in July.

Trump made the construction of a massive wall along the Mexican border a centerpiece of his candidacy, along with a proposal to create a national registry for Muslim immigrants. Should Trump follow through with these policies, the department would likely play a key role in their implementation.